The Italians in Florida 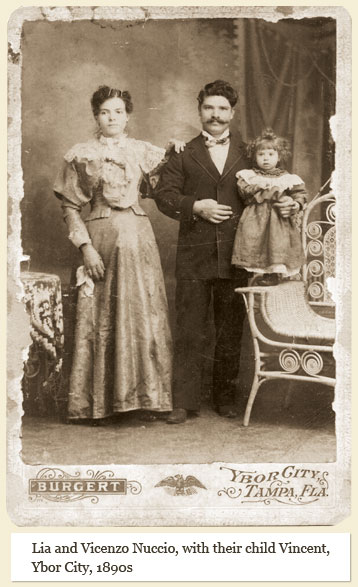 “The people who had lived for centuries in Sicilian villages perched on hilltops for protection from marauding bands and spent endless hours each day walking to and from the fields, now faced a new and strange life on the flats of Ybor City.” – Tony Pizzo, The Italians in Tampa.

The Italians of Ybor arrived almost exclusively from Sicily. Life in that island off Italy’s southern coast was unimaginably hard in the mid- to late 1800s. Most of the immigrants whose eventual destination was Ybor City came from Sicily’s southwestern region, a hilly area containing the towns of Santo Stefano Quisquina, Alessandria della Rocca, Cianciana and Bivona. Dependent on agriculture (including the cultivation of almonds, pistachios, flax, olives, wheat and wool), mining and limited trade contacts, the residents of the area struggled with poor soil, malaria, bandits, low birth rates, high land rents and absentee landlords. The population responded, according to historian Giampiero Carocci, by exercising three options: “resignation, socialism, and emigration.”

The last option–emigration–was usually of the “chain” variety. Both through word of mouth and the activities of labor brokers (padrones), Sicilians learned of job opportunities in America. Padrones were labor brokers, usually immigrants themselves, who acted as middlemen between immigrant workers and employers. Early sugar-producing communities in New Orleans, Louisiana and St. Cloud, Florida attracted many Sicilians, but the work and conditions were so grueling that many immigrants looked elsewhere. The completion of the Plant System Railway to Tampa (1884) and Vicente Martinez Ybor’s development of Ybor City (1886) made the Tampa area an attractive destination for these immigrants. Thousands–including the many Sicilians who either came directly to Tampa or moved there from their initial U.S. “landing spots”–found work in the cigar trade, as well as in the myriad of other enterprises that supported Italians in the community.  Source: Cigar City Magazine

Italians mostly brought their entire families with them, unlike many of the other immigrants. The foreign-born Italian population of Tampa grew from 56 in 1890 to 2,684 in 1940. Once arriving in Ybor City (pronounced ee-bor), Italians settled mainly in the eastern and southern fringes of the city. The area was referred to as La Pachata, after a Cuban rent collector in that area. It also became known as “Little Italy”.

At first, Italians found it difficult to find employment in the cigar industry, which had moved to Tampa from Cuba and Key West, FL and was dominated by Hispanic workers. The Italians arrived in the cigar town without cigar-making skills. When the early Italians entered the factories, it was at the bottom of the ladder, positions which did not involve handling tobacco. Working beside unskilled Cubans, they swept, hauled, and were porters and doorkeepers. In time, many did become cigar workers, including Italian women. The majority of the Italian women worked as cigar strippers, an undesirable position, mainly held by women who could find nothing else. Eventually, many women became skilled cigar makers, earning more than the male Italian cigar makers. 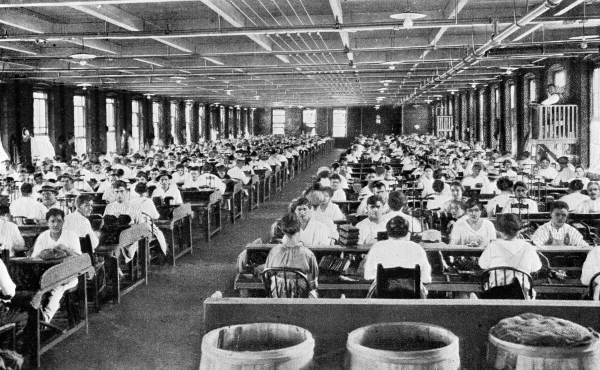 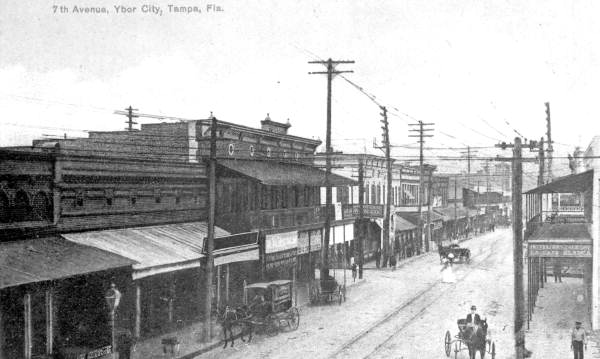 Many Italians founded businesses to serve cigar workers, mostly small grocery stores in the neighborhood’s commercial district that were supplied by Italian-owned vegetable and dairy farms located east of Tampa’s city limits.The immigrant cultures in town became better integrated as time went by; eventually, approximately 20% of the workers in the cigar industry were Italian Americans. The tradition of local Italian-owned groceries continued and a handful of such businesses founded in the late 1800’s were still operating into the 21st century. Many descendants of Sicilian immigrants eventually became prominent local citizens, such as mayors Nick Nuccio and Dick Greco. 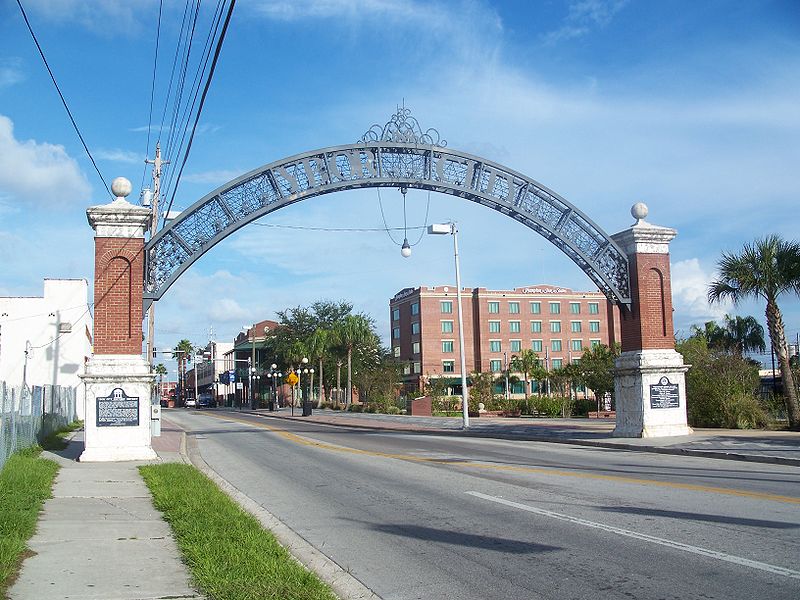 Devil crab is one of Tampa’s original culinary creations. The snack first appeared around 1920 as street food in Tampa, concocted when blue crab was plentiful. Heat from red pepper flakes gave the rolls their fiery name. Some debate the origins of the rolls, tracing them to Spain, Cuba or Italy, but they are likely a little of all three, one of Tampa’s fusion foods.

Victor Licata watched over his own devil crabs after opening the Seabreeze Restaurant on the 22nd Street Causeway around 1925. His daughters rolled the crabs at home and then they were served in the restaurant; diners could not get enough of the spicy, plump croquettes. Seabreeze devil crabs were so popular, the restaurant sold about 750,000 rolls annually in the 1990’s. In 1992, the Licata family sold the Seabreeze Restaurant to Robert and Helen Richards, who had run a neighboring seafood shop since the 1960’s. 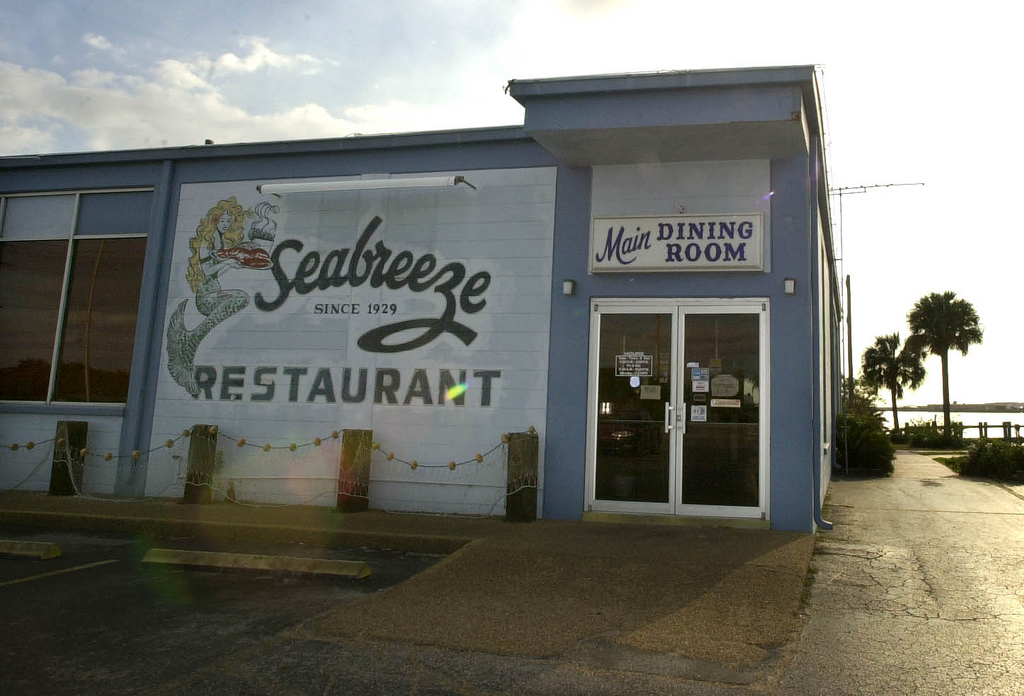 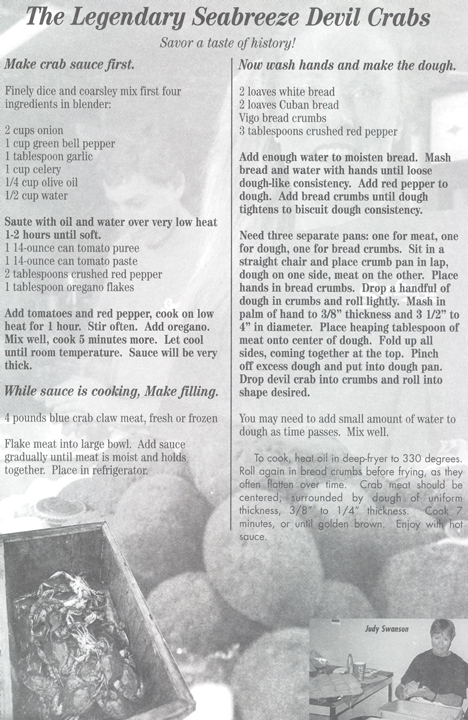 From: Seabreeze By The Bay Cookbook. 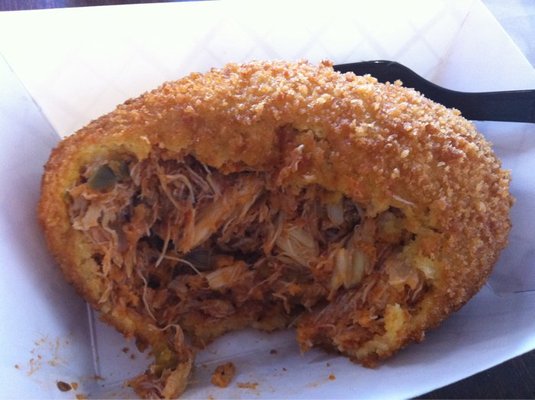 This recipe has been cut in half. See the original in the newspaper copy above

You can also bake the cakes in a very hot oven turning them over several times, so that they can brown evenly.

Finely dice the onion, pepper, garlic and celery in a blender or food processor.

Add the vegetables to a large saute pan with the oil and the water and cook over very low heat for 1 hour until soft.

Add in the tomato puree, tomato paste and red pepper flakes and cook on low heat for an additional hour, stirring often. Add the oregano and cook for 5 more minutes. Turn off the heat and let it cool.

Flake the crabmeat into a large bowl and make sure to pick it over for any small pieces of shell. Add sauce gradually until the mixture is moist and holds together. Refrigerate the mixture until ready to cook.

Tear the bread up and put it all into a big bowl. Add enough water to moisten the bread and then mash it all together until it has a loose, doughy consistency.

Add in the red pepper and then add enough bread crumbs to form a dough with a biscuit consistency.

In 3 separate bowls: place stuffing in the first bowl, crab mixture in the second and additional bread crumbs in the third.

Scoop up a handful of dough and drop it into the bread crumbs and roll lightly and form it into a 4 inch circle.

Place a heaping tablespoon of crab filling right in the center and then bring the edges up and around it. Close up the seams. (See photos below.)

Roll the deviled crab in bread crumbs again and place on a plate.

Fry the cakes in batches for 7 minutes or until golden brown. Serve immediately with hot sauce. 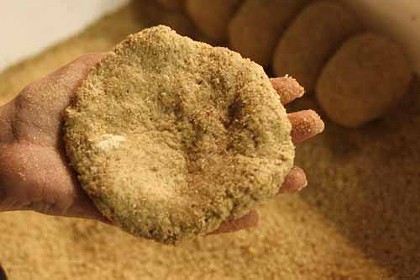 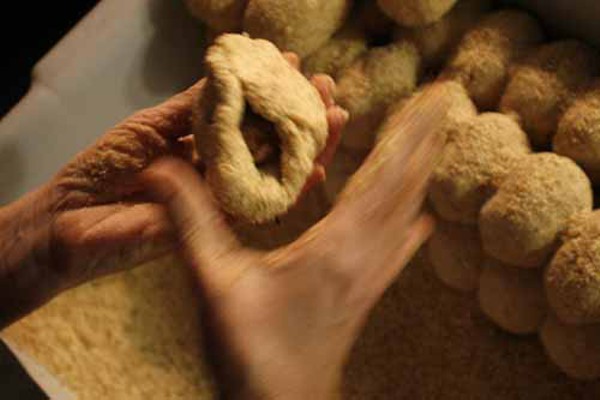 Healthier Recipes To Make At Home

Cucuzza has its origins in the Mediterranean, especially Italy. Its season in Florida is from June until first frost and can grow from 15 to 36 inches long and approximately 3 inches in diameter. It’s also known as bottle gourd, super long squash and snake squash.

Cut the cucuzza in cubes and set them aside while the onions and garlic simmer in olive oil. Next add the cucuzza, water and tomatoes. Add the salt, pepper and grated Parmesan cheese. Simmer until the cucuzza is tender and almost transparent.

Mix all the ingredients together and let rest for 10 minutes.

Stuff the mixture loosely — do not pack it — into the crab shells, or if you don’t have them, single-serving ramekins. You could also simply use a casserole dish, too.

In a large saute pan, heat the olive oil. Add garlic, bell pepper and shallots, and saute until brown. Add the clams, mussels and shrimp. When shells start to open, add the white wine. Reduce to half its volume, then add the marinara and calamari.

Cook the pasta in salted boiling water. Drain and add to the seafood. Allow pasta to cook in the sauce for a minute, then toss in the basil and bread crumbs. Serve in a deep pasta bowl.

Spray the bundt or tube pan with cooking spray.

Sprinkle the chopped nuts over the bottom of the pan.

Mix all the cake ingredients together in an electric mixer and blend well.

Bake for 1 hour. Cool on a wire rack.

While the cake is baking prepare the glaze.

When the cake has cooled remove from the cake pan and invert onto a serving plate.

Prick the top with a fork. Drizzle and smooth glaze evenly over the sides and top.You may need to do this several times until all the glaze is absorbed. Let the cake sit covered for 12 hours to absorb the rum sauce. (Place several toothpicks in the cake and cover tightly with plastic wrap for 12 hours.)