Discover How Good Fennel Is ! 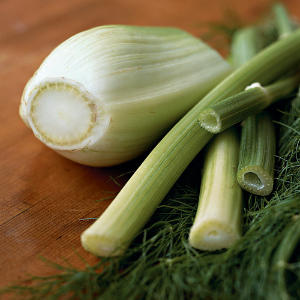 The history of fennel goes back to ancient times as it was easily accessible throughout the Mediterranean Basin. Roman warriors are said to have consumed fennel to make them strong. It was also thought to have the power to help people keep thin. Its Greek name marathon, which means “grow thin”, reflects the belief in its ability to suppress appetite. Greek myths also hold that knowledge was delivered to man by the gods at Olympus in a fennel stalk filled with coal. Fennel was revered by the Greeks and the Romans for its medicinal and culinary properties.

Today, the United States, France, India and Russia are among the leading cultivators of fennel. Most fennel available in American markets is grown in California. The type you’ll find, Florence or bulb fennel (sometimes labeled “fresh anise”), has a bulbous base, stalks like celery, and feathery leaves that resemble Queen Anne’s lace. Like celery, the entire plant is edible. The crisp and slightly sweet bulb is especially delicious served raw in salads. Whether braised, sautéed, roasted, or grilled, the bulb mellows and softens with cooking.

Look for small, heavy, white bulbs that are firm and free of cracks, browning, or moist areas. The stalks should be crisp, with feathery, bright-green fronds. Wrapped in plastic, fennel keeps for just a few days in the refrigerator; the flavor fades as it dries out. 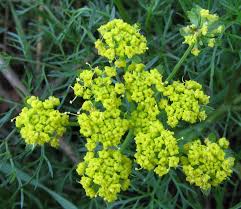 • Fennel seeds don’t come from bulb fennel but from common, or wild, fennel. The seeds are slightly nutty, with the expected licorice flavor, and are widely used in sausages, stews, soups, and curries.

• Fennel stalks can take the place of celery in soups and stews, and can be used as a “bed” for roasted chicken and meats.

• Use fronds as a garnish, or chop them and use as you would other herbs, like dill or parsley. Chopped fennel works especially well in Italian tomato sauces, but add it late in the cooking process so the flavor isn’t diluted.

Cooking fennel can be somewhat similar to cooking an onion. When fennel is roasted or sauteed, the sugar in it caramelizes. When sugar is heated until it browns, that is called caramelization. Caramelized fennel has a sweeter flavor with a lighter, more tempered flavor than raw fennel.

What Flavors Go With Fennel?

Fresh fennel accents the natural flavors of fish and goes particularly well with fatty fish such as salmon and sardines. Braise or roast a whole fennel bulb and slice or chop it as a side dish for a grilled salmon dinner.

Italians enjoy fresh slices of fennel bulb simply dressed with lemon juice, salt and olive oil as the first course of a meal. Add an interesting taste to a mixed green salad with chunks of fresh fennel, which has a hint of celery flavor and has a crunchy. Fresh chunks of fennel taste good with a variety of cheeses, and you can decorate the cheese platter with aromatic, feathery fennel fronds.

The best-tasting Italian sausages contain fennel seeds. The slightly sweet anise flavor of the seeds complements the hot spices in the sausage, mellows out their pungency and brings out the best tastes of the garlic in the meat mixture. Small amounts of fennel seeds give savory breads a slight anise flavor and delicate aroma.

Instead of adding a lemon halves or garlic to the cavity of a roast chicken to give it added flavor, cut a fennel bulb into chunks and stuff it into the bird along with the fronds and stems of the plant to season the poultry. 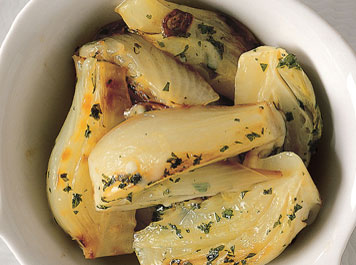 Cut fennel lengthwise into eighths and arrange in a single layer in a wide heavy pot with lid. Add butter, olive oil, shallot, parsley and salt. Cover and cook over medium-low heat, turning fennel occasionally, until tender, about 30 minutes.

Sprinkle fennel with cheese and continue cooking, covered, until cheese is melted, 2 to 3 minutes more. Serve warm, garnished with parsley. 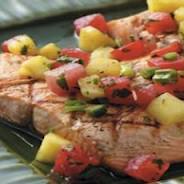 In a medium bowl, stir together the fennel bulb and leaves, the diced orange, the olives, the citrus juices, and salt and pepper to taste.

Place salmon skin side down on a baking sheet sprayed with olive oil. Brush fish lightly with olive oil, sprinkle salt and pepper, and press the herbs into the top of the salmon. Set aside.

HOW DO YOU KNOW WHEN IT’S DONE?

The fat between the layers of fish will just begin to turn opaque, a small amount of liquid will collect under the fillets, and the fish will flake slightly when nudged with your finger. Pick up a piece and it should easily break apart between the layers rather than holding firmly together. It might appear to be underdone because the color will be vivid, but it will be fully cooked.

Serve salmon with the salsa on the side. 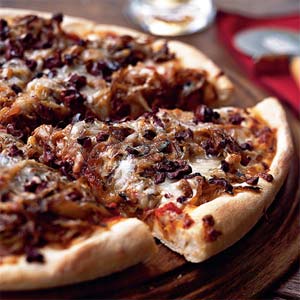 Dissolve yeast in warm water in a large bowl, and let stand 5 minutes. Lightly spoon flours into dry measuring cups; level with a knife. Add flour and salt, and beat with a mixer at medium speed until smooth. Switch to the dough hook and knead until smooth and elastic (about 10 minutes). Place dough in a large bowl coated with cooking spray, turning to coat top. Cover and let rise in a warm place (85°), free from drafts, 45 minutes or until doubled in size. (Press two fingers into the dough. If an indentation remains, dough has risen enough.) Punch dough down; knead 5 times, and let rest for 15 minutes.

Roll dough into a 12-inch circle on a floured surface. Place dough on a (12-inch) pizza pan or baking sheet coated with cooking spray and sprinkled with cornmeal. Crimp edges of dough with fingers to form a rim.

To Prepare the Topping

Heat the oil in a large nonstick skillet coated with cooking spray over medium-high heat. Add the fennel and the next 5 ingredients (fennel through black pepper), and cook for 20 minutes or until golden, stirring frequently.

Spread marinara sauce over crust, leaving a 1/2-inch border; sprinkle with fennel mixture, cheese and olives. Bake at 450° F for 18 minutes or until browned. Sprinkle with basil leaves just before serving, if desired.