Are You Ready For Some Tailgating? 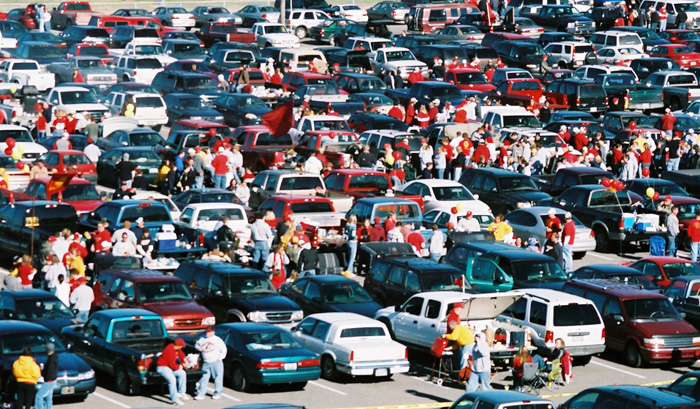 The art of tailgating can be described as a delicate balance between sports and eating. It’s a place where fans can not only paint their faces, but enjoy a beer with a fellow supporter. It’s a medium where sports can be enjoyed pre-game and post-game.

There is something about the combination of friends, family, appetizers and beverages that excites fans like few other things can. Grilling burgers that are branded with your team’s logo, competing to see whose flag can fly the highest, and dressing children in sports paraphernalia – all are as American as the hot dogs and apple pies that are consumed while doing them. And while this time-honored tradition dates back to some of the earliest sporting events, tailgating has arguably grown more popular than the events with which they are associated.

How did tailgating begin? 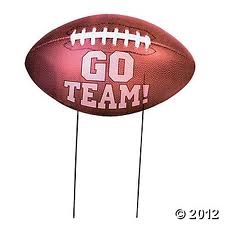 One of the first tailgating events was first documented during the Civil War, although participants, in all likelihood, were not sharing recipes or playing a friendly game of horseshoes. The event took place in 1861 at the Battle of Bull Run. At the battle’s start, civilians from the Union side arrived with baskets of food and shouting, “Go Big Blue!” Their efforts were a form of support and encouragement for their side to win the commencing battle. 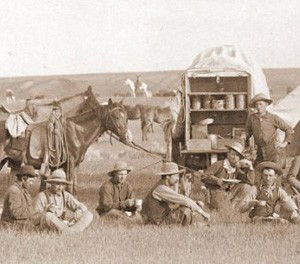 Although this event was a far cry from tailgates of today, this is one of the first historical events of passersby cheering on an event. This day also is important in that it documents food being used to celebrate a specific event.

Another event that would help shape the history of tailgating happened just five years after the Battle of Bull Run, in 1866 when Texas rancher, Charles Goodnight, transformed a U.S. army wagon into a portable feed wagon. Goodnight saw the need for cowboys to eat regardless of location, and invented his contraption – the chuck wagon – to help mobilize hearty meals. The chuck wagon, named after a lower-priced cut of beef called “chuck,” helped transform the face of the ranching industry. Goodnight’s portable cooking design was efficient, and more importantly, on wheels. Goodnight’s chuckwagon was an early model of many tailgating setups that are still used in present times.

Up to this point, however, each form of early tailgating had yet to be performed at an actual sporting event. The act of pre-game celebration would not be introduced to competitive sports until 1869, when the earliest signs of tailgating at a sporting event took place at the inaugural intercollegiate football game between Princeton and Rutgers. However, what arguably had the biggest effect on tailgating at this game, was a group of Rutgers fans and players, who wore scarlet-colored scarves (converted into turbans), in order to be separate from the other fans. Their school colors were a show of support, and defined them as belonging to a certain team. Back then, spectators traveled to the game by horse-drawn carriages, and spent the time prior to kick off grilling sausages and burgers at the “tail end” of the horse.

Still others claim that the cradle of tailgating is Green Bay, Wisconsin, and point to the year 1919, when the three-time Super Bowl Champion Green Bay Packers were first formed. Wisconsin farmers would back their pickup trucks around the edge of the open football field, open their tailgates to sit on and graze from a picnic basket of food as they watched “The Pack” play.

Freelance writer Chris Warner, who wrote A Tailgater’s Guide To SEC Football, produced a 2003 documentary on tailgating for The History Channel cable network’s Modern Marvels series. In it, Warner suggests any of the three origins could be considered valid, but that “While modern tailgating has only recently [within the last 30 years] become popular, the practice of enjoying both food and football has post-Civil War, 19th century roots.”

At the dawn of the Automotive Age, the word “tailgate” referred specifically to the hinged back section of a vehicle that could be removed or let up or down for the ease in loading or unloading cargo. Although its invention was a convenience for the driver and passengers, it became the foundation for the modern tailgating experience  seen at concerts and sporting events.

Ever since that first competitive collegiate game, the traditional form of tailgating has been practiced at sporting events everywhere. Ever since opposing players have faced one another, fans have worn the colors of their teams. And from the first meeting of schools, onlookers have cheered throughout the game for their teams. 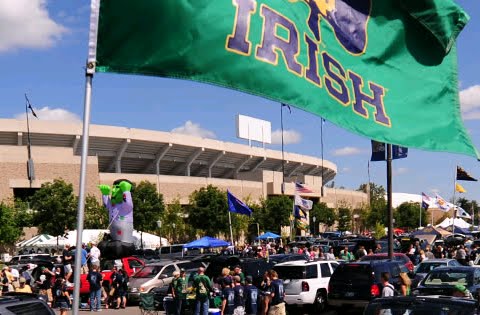 Nowadays, food and beverages have become a staple before the big game. There are barbecues before baseball events, beers shared hours before kickoff, and cold cuts spread out at the start of a racing event. Tailgating is a large part of American culture, and is enjoyed today more than ever.

To date, tailgating has changed as much as the game of football itself. Where turbans were once worn to distinguish which team you were rooting for, caps, jerseys, themed T-shirts, and body paint now are the norm. And where food was once transported in a horse-drawn wooden wagon, grills and coolers now are transported with ease, allowing tailgaters to consume the best of foods and beverages on the road. Despite the changes in the evolution of tailgating, one thing has endured: the fans’ spirit.

Some Healthy Recipes For Your Next Tailgate Party 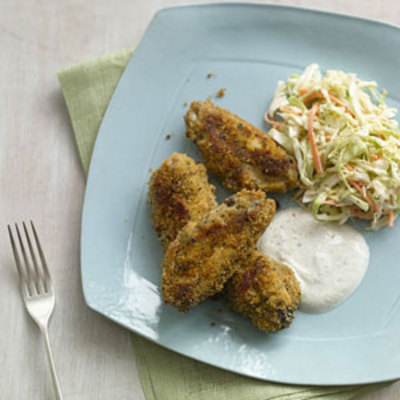 1. Combine first 8 ingredients (through lemon zest) in a large bowl, and whisk until combined. Pour over wings, transfer to a zip-top plastic bag, and marinate in the refrigerator for 4 hours.

3. Line a baking pan with foil. Spray foil with cooking spray; set aside.

4. Mix together Parmesan, parsley, and breadcrumbs in a shallow dish. Coat wings in breadcrumb mixture. Place on prepared pan.

5. Bake on lowest oven rack for 20 minutes, then turn and cook for 10 more minutes.

6. While wings are baking, combine dip ingredients in a small bowl. Serve the wings with the dip. 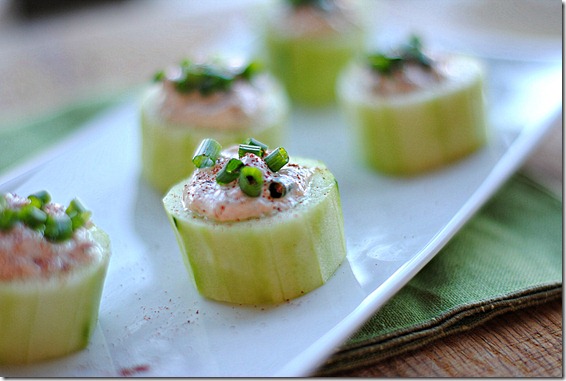 Peel the cucumbers and cut into 2 inch slices. Using a melon baller or small spoon, scoop out 3/4ths of the inside, being careful not to scoop through the bottom. You want to leave the walls and a thick portion of the bottom intact.

In a medium bowl, mix together sour cream and cream cheese until well combined. Add in remaining ingredients and stir until just combined. Fill each cucumber cup with the crab mixture and refrigerate until ready to serve. Sprinkle paprika and minced green onion on each cucumber cup for garnish. 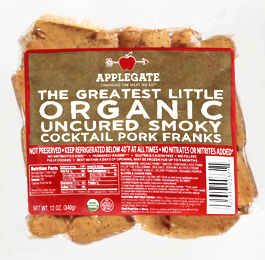 1. Preheat oven to 375 degrees. Working with one package of rolls at a time, separate dough into 8 triangles. Cut each triangle into thirds and spread with mustard. Place one cocktail frank on widest end of triangle and roll up tightly. Place on ungreased cookie sheet, point side down. Repeat with remaining dough and franks. You will have a little extra crescent roll dough left over.

Make-ahead tip: Prepare pigs-in-a-blanket and freeze for up to a week. To reheat: place pigs, thawed, on cookie sheet, covered loosely with foil, and bake at 350 degrees for about 10 minutes.

Bake them on a greased baking sheet at 350 degrees F. for 20 minutes.

Allow to cool. Finely dice and combine with remaining ingredients.

1. Grill the Italian sausages and cut into half moon slices. Set aside. In a soup kettle, saute the onion, celery, sweet peppers and garlic in oil until tender. Add sausage and the remaining ingredients; bring to a boil. Reduce heat; cover and simmer for 20 minutes or until flavors are blended. 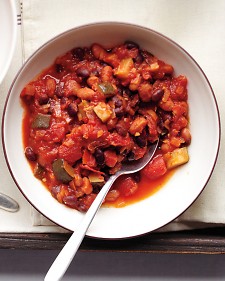 In a large pot, heat oil over medium-high. Add onion and garlic; cook, stirring frequently, until onion is translucent and garlic is soft, about 4 minutes. Add chili powder, oregano, season with salt and pepper, and cook until spices are fragrant, 1 minute. Add zucchini and tomato paste; cook, stirring frequently, until tomato paste is deep brick red, 3 minutes. Stir in black beans, pinto beans, and both cans diced tomatoes. Add 2 cups water and bring mixture to a boil. Reduce to a medium simmer and cook until zucchini is tender and liquid reduces slightly, 20 minutes. 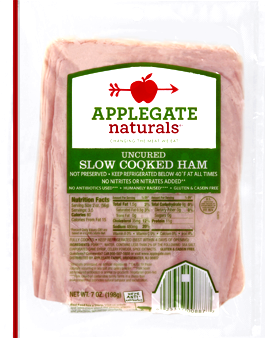 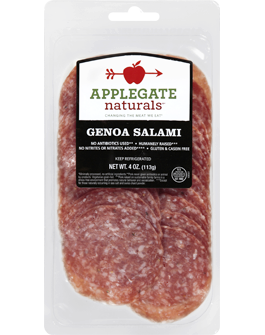 Tailgate Tip: Prepare sandwiches the day before the game. 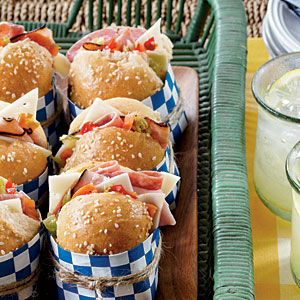 1. Pulse pickled vegetables in food processor 8 to 10 times or until finely chopped. Stir in olives and dressing.

2. Spread 1 heaping tablespoonful pickled vegetable mixture over cut side of each roll bottom. Top each with 1 Swiss cheese slice half, 1 ham slice, 1 salami slice, 1 provolone cheese slice half, and roll tops. Cover with plastic wrap. Serve immediately, or chill until ready to serve.

Preheat grill to medium on one side of the grill.

Mash garlic on a cutting board with the side of a chef’s knife or a spoon until a paste forms. Transfer to a small bowl and combine with mayonnaise, basil, lemon juice, pepper and salt.

Assemble sandwiches with tomato and the garlic-herb mayonnaise. Top with the melted cheese bread. 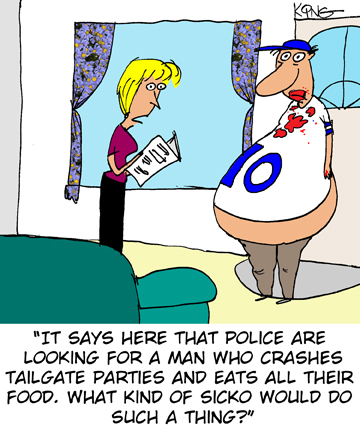