Make Dinner Sunday For Your Mom

From painted hand prints to roses and other elaborate gifts, Mother’s Day is celebrated around the world. People everywhere take the opportunity to honor their mothers.
This tradition has been around since the early Egyptians celebrated the Goddess Isis, who they considered the mother of the pharaohs. The ancient Romans also celebrated the festival of Isis, but their true celebration of motherhood was in honor of Cybele who stems from the Greek goddess Rhea. Rhea who was regarded as the mother of all deities including Zeus, was called the Great Mother or Magda Mater.

It’s said that Mother’s Day was first suggested in the United States by Julia Ward Howe in 1872 as a day dedicated to peace after the Franco Prussian War. The holiday gained in popularity due to the efforts of Anna M. Jarvis.  Anna began a letter-writing campaign to gather support for a national Mother’s Day holiday about the same time that her mother passed away in 1905.  With the help of friends, reaching out to influential leaders, including William Taft, Theodore Roosevelt, and John Wannamaker, Anna was able to gain support for the idea. She believed mothers deserved their own special day and that it would help strengthen family bonds.  She persuaded her mother’s church in West Virginia to celebrate Mother’s Day on the second anniversary of her mother’s death, the second Sunday of May. By 1911 Mother’s Day was celebrated in almost every state, and flowers quickly became a lasting tradition to express love on the occasion. In 1914, Congress passed a resolution designating the second Sunday in May as Mother’s Day, saying it is “a public expression of love and reverence for the mothers of our country.” President Woodrow Wilson issued the first proclamation making it an official U.S. holiday.  In addition to the United States, countries that celebrate Mother’s Day on the second Sunday in May include: Australia, Belgium, Canada, Denmark, Finland, Italy, Japan, and Turkey.

“For you, mother, one kiss for every heart”.

Mother’s Day in Italy was celebrated for the first time on May, 12, 1957, in the city of Assisi, thanks to the initiative of Reverend Otello Migliosi, parish priest of the Tordibetto church. This celebration was so successful that the following year it was adopted throughout Italy and is celebrated on the second Sunday in May. “La Festa della Mamma” is the name of their celebration and  mothers are honored with a big feast and a heart-shaped cake. Mothers are relieved of their household chores that day and children bring home handmade gifts.

Traditional butternut squash lasagna can be very rich.  This is a healthier version that you can use for special occasions.  I like to roast the squash first because it adds much more flavor than when you boil the squash.

Preheat oven to 425 degrees. Toss squash, oil, and 1 teaspoon salt on a baking sheet. Season with pepper. Bake until light brown and tender, 25 to 30 minutes. Let cool. Transfer the squash to a mixing bowl or food processor and mash. Season the squash purée to taste with more salt and pepper and chopped sage.  Set aside.

I like to use Wondra flour for sauces because it dissolves instantly in hot or cold liquids and you do have to mix it with lots of butter before adding the milk.

In a medium-size saucepan over medium heat add milk, flour and butter. While whisking, bring the sauce to a low boil. Reduce the heat to medium and simmer until the sauce thickens slightly, whisking often, about 5 minutes. Add the nutmeg. Season the sauce with salt and pepper to taste.

Preheat the oven to 375 degrees F.  Lightly coat a 13-by-9-by-2- inch glass baking dish with olive oil cooking spray. Spread 3/4 cups of the sauce over the bottom of the prepared baking dish. Cover the bottom of pan with one layer of lasagna noodles. Spread half of the squash purée over the noodles. Sprinkle with 1/2 cup of mozzarella cheese. Drizzle 1/2 cup of sauce over the cheese. Repeat layering once more, finishing with a layer of noodles covered only by white sauce.
Tightly cover the baking dish with foil and bake for 40 minutes. Remove cover, sprinkle the remaining mozzarella and the Parmesan cheese over the lasagna and continue baking until the sauce bubbles and the top is golden, about 15 minutes longer. Let the lasagna stand for 15 minutes before serving.  Garnish the corners with sage leaves. Serves 12 for a first course and 8 as a main dish.

1. Tie kitchen string around the pork loin in three places so it doesn’t flatten while roasting. Place salt and garlic in a small bowl and mash with the back of a spoon to form a paste. Stir in oil, rosemary and lemon zest; rub the mixture into the pork. Refrigerate, uncovered, for 1 hour.
2. Preheat oven to 375 degrees F.
3. Place the pork in a small roasting pan. Roast, turning once or twice, until a thermometer inserted into the thickest part registers 145 degrees F., 40 to 50 minutes. Transfer to a cutting board; let rest for 10 minutes.
4. Meanwhile, add wine to the roasting pan and place over medium-high heat. Bring to a simmer and cook, scraping up any browned bits, until the sauce is reduced by half, 2 to 4 minutes. Remove the string and slice the roast. Pour the wine sauce over the pork slices.  Garnish with lemon slices and serve.

Preheat the oven to 400 degrees F.  Trim off the ends of the beans and blanch them in lightly salted boiling water for 2 minutes to soften slightly. Drain well.

Arrange the beans on a nonstick cookie sheet coated with olive oil cooking spray. Drizzle with a little olive oil and season with salt and pepper.

Sprinkle the cheese evenly over the top and bake until the cheese melts and forms a crisp shell over the beans, about 10 minutes.

Let the beans sit a few minutes for the cheese to cool slightly. Lift the beans out onto a platter and serve.

Spread hazelnuts on a baking sheet and bake until lightly golden and fragrant, about 5 minutes. Remove from oven, let cool slightly, then rub in a clean dish towel to remove skins. Set aside to cool completely.

Grind cooled nuts in food processor until finely ground but not powdery. Transfer to a bowl. Add flour and baking powder; whisk to combine.

Transfer batter to prepared pan. Place pan on rimmed baking sheet, and bake cake until golden and tester inserted into center comes out clean, 35 to 40 minutes. Cool cake completely in pan on rack. Release cake from pan and serve.

Have a Wonderful Mother’s Day!

Don’t forget to honor your mother by playing Luciano Pavarotti singing “Mamma” in the video below. 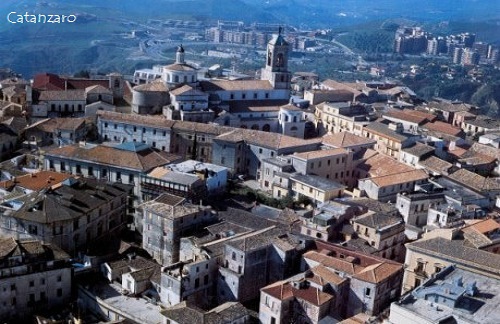