Have Breakfast With Your Mother 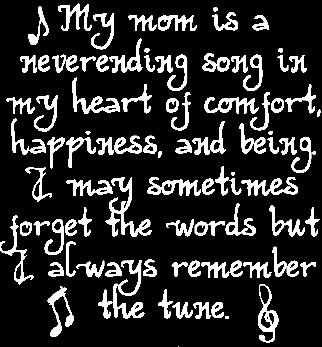 What Does Mother’s Day Mean To You?

I recently read an article in Forbes Magazine about how commercial Mother’s Day has become and how the inventor of the holiday, Anna Jarvis, became disillusioned by how this special day evolved. Miss Jarvis’ image of Mother’s Day was very specific. It was to be a singular Mother’s Day — not a general Mothers’ Day. She didn’t see it as a holiday. She saw it as an intimate day between children and their mothers. Miss Jarvis wanted a national observance day, writing leaders in every state and around the world. Her persistence paid off. In 1914, President Wilson, her longtime friend, signed a proclamation stating, “The American mother is the greatest source of our country’s strength and inspiration.”

However, her triumph was short-lived, as Miss Jarvis watched the florist, card and candy industries cash in on Mother’s Day. In her mind, they were twisting heartfelt sentiment into crass commercialism. In the early 1920’s, florists began heavily marketing carnations and greeting card companies began to sell Mother’s Day cards. Jarvis hated this, as her intention was for children to write hand-written, personal notes. Though she had spent almost a decade trying to establish the holiday, she eventually turned against its commercialization and was arrested for protesting at a Mother’s Day carnation sale. Jarvis spent the rest of her life trying to end Mother’s Day.

Well, Mother’s Day or any day of the year is the perfect day to say thank you to your mother for unselfishly giving of her life and love to make you the best man or woman you could be. Better than the greeting cards, of which there are 107 publishing establishments, nationwide; or better than the jewelry, of which there are approximately 27,000 jewelry companies in the U.S; or better than the wired flowers or the purchased gifts; or better than e-mails or text messages; sharing your time with your mother is ultimately the greatest gift you could give her. My mother and I do not live near each other, so get togethers involve traveling long distances. However, she is delighted with a weekly telephone call, where we catch up on all that has happened during the week. She also loves to share her thoughts about current events and discuss politics. I realize this is important to her and I am happy to have these conversations with her. So I would suggest, that the best Mother’s Day gift you could give your mother, would be that you find “the thing” that makes your time with your mother special.

Have Breakfast With Your Mom On Mother’s Day

Or Any Day Of The Year

In a blender, combine all the ingredients; cover and process for 1-2 minutes or until blended. Pour into 2 chilled glasses; serve immediately. 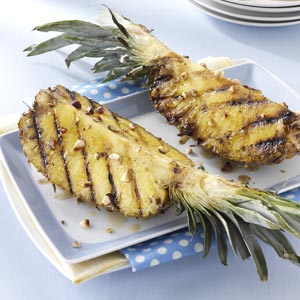 In a large bowl, combine all ingredients. Shape into eight 2-1/2-in. patties. Cover and refrigerate for at least 1 hour.

In a large skillet coated with cooking spray, cook patties over medium heat for 4-6 minutes on each side or until no longer pink. 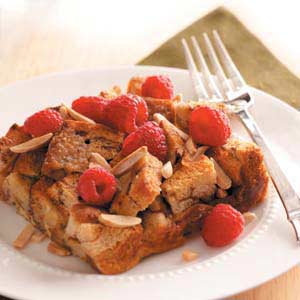 This moist French toast bake can be assembled the night before and baked in the morning.

Place bread cubes in a greased 13-in. x 9-in. baking dish. In a bowl, combine the eggs, milk, 1/2 cup brown sugar, cinnamon and nutmeg; pour over bread.

Cover and refrigerate for 8 hours or overnight.

Remove from the refrigerator 30 minutes before baking. Sprinkle almonds over egg mixture. Combine butter and remaining brown sugar; drizzle over the top.

Bake, uncovered, at 400° F. for 25 minutes. Sprinkle with raspberries. Bake 10 minutes longer or until a knife inserted near the center comes out clean.