Palermo’s history has been anything but stable as the area passed from one dominating power to another with frequency. Its strategic position in the middle of the Mediterranean brought invaders including the Phoenicians, the Carthaginians, the Greeks, the Romans, the Saracen Arabs, the Normans, the Swabians, the French and the Spanish Bourbons, just to name a few. The result of this history is evident in the vast range of architectural styles, the names of places in the region that are obviously not Italian and the fusion of ingredients used in many local dishes.

Human settlement in the Palermo area goes back to prehistoric times. It is one of the most ancient sites in Sicily. Interesting graffiti and prehistoric paintings were discovered in the Addaura grottoes in 1953 by archaeologist Jole Bovio Marconi. They portray dancing figures performing a rite with shamans. In 734 BC Phoenicians from Tyre (Lebanon) established a flourishing merchant colony in the Palermo area. The relationship of the new colony with the Siculi, the people living in the Eastern part of the Island, involved both commerce and war.

Between the 8th and the 7th centuries BC, the Greeks colonized Sicily. They called the area Panormus (“All port”) and traded with the Carthaginians, Phoenician descendants who were from what is now Tunisia. The two civilizations lived together in Sicily until the Roman conquest.

Situated on one of the most beautiful promontories of the Mediterranean, Palermo is an important trading and business center and the seat of a university. Palermo is connected to the mainland by an international airport and an increasing number of maritime links. The city of Palermo is vibrant and modern and its large harbor and international airport makes it a popular tourist destination. There are many events and festivals that take place throughout the year in Palermo, the most important of which is the feast day of the city’s patron saint, Saint Rosalia. There is a sanctuary dedicated to her at the top of Monte Pellegrino, just outside the city, and the mountain dominates the backdrop to the city. The surrounding area is a green and pleasant nature park and is a favorite picnic area for locals. Also in Palermo are the Catacombs of the Capuchins, a tourist attraction.

In the Sicilian food culture there is no such thing as a “main course”, but rather a series of courses of varying number, depending on the occasion, usually a (primo) first course of pasta, soup, rice, etc. and a (secondo) second course of meat, fish or vegetable, often served with a (contorno) side dish of vegetables. Fresh fruit is usually served as dessert. For a more formal occasion an (antipasto) appetizer comes before the primo.

A number of popular foods are typically served as side dishes or “starters.” Arancini are rice balls stuffed with meat or cheese encrusted in a crispy coating. Caponata is a mixture made with eggplant, olives, capers and celery, and served as an appetizer. Sfincione is a thick form of pizza made with tomatoes, onions and anchovies, usually made in bakeries rather than pizzerias. Panella is a thin paste made of crushed or powdered ceci (garbanzo) beans and served fried. Maccu is a creamy soup made from the same bean, usually served in winter. Crocché (croquet) are fried potato dumplings made with cheese, parsley and eggs. Fritedda is a springtime vegetable dish or pasta sauce made with fresh green fava beans, peas and artichoke hearts.

Ricotta is a soft cheese made from sheep’s milk and Ricotta Salata is an aged, salty version. Caciocavallo is aged cow’s cheese used for cooking. Canestrato is similar but made from sheep’s or goat’s milk. Tuma and Primo Sale are sweeter and softer, aged only briefly. Gattò is similar to quiche and made with potatoes, ham and cheese.

Sicily is renowned for its seafood. Grilled swordfish (pesce spada) is popular. Smaller fish, especially triglie (red snapper), are sometimes prepared in a vinegar and sugar sauce. Seppia (cuttlefish) is served in its own black sauce with pasta. Another Sicilian seafood dish made with pasta is finocchio con sarde (fennel with herring). Ricci (urchins) are popular in spring. Beccafico are stuffed roasted sardines.

Meat dishes are traditionally made with lamb or goat.  Chicken is usually served on skewers and spiedini are small meat rolls (involtini), also, on a skewer similar to shish kebab. Salsiccia alla pizzaiola is a port sausage filled with onions, tomatoes and other vegetables. Couscous is usually served with meat or seafood.

Not many people outside of Sicily are familiar with Torta Setteveli. The cake of the seven veils, named after the dance of Salome. The Torta Setteveli is the typical birthday cake in Palermo. It’s a combination of alternating chocolate and hazelnut layers, with a crunchy layer that combines both those flavors. There are many stories about who actually created the cake. You can find the cake throughout Sicily, but it is in every pasticceria in Palermo. The Palermitani see it as the ultimate dessert to enjoy on special occasions, especially for birthdays.

This dish is a popular “pasta bake” in Palermo and it is made with a very specific pasta shape called anelletti (little rings). In Sicily it is often sold in cafés as timbaletti, which are single portions that are shaped like a cone. When eaten at home, however, it is often made like a “pasta cake” to be portioned and shared by the whole family.

Wash the eggplant, peel and slice them lengthwise about 1/4″ thick.

Coat each slice with olive oil, put them on a baking sheet and bake for 10 minutes at 350 degrees F.  Set them aside. Turn the oven to 375 degrees F.

In a saucepan, add a 1 tablespoon of olive oil and brown the ground pork and beef.  Discard any fat that is produced. Set aside in a separate bowl.

In the saucepan, add 2 tablespoons of olive oil and the onion. Once the onion is translucent add the browned ground meat.

Saute the meat and onion for a few minutes and add the peas followed by the crushed tomatoes and the basil. Add salt to taste.

Cover and let the ragu cook for 20 minutes over medium heat.

In a large pot of boiling salted water, cook the pasta al dente and drain well. Place in a mixing bowl. Add a few tablespoons of the sauce to the pasta so that it does not stick together and set aside.

In a 10″ x 5″ bundt, tube or springform pan line the bottom and sides with the slices of baked eggplant so that part of the slices hang outside the top of the pan. Add a layer of pasta followed by a layer of the meat sauce, some grated cheese, a layer of mortadella and then a layer of mozzarella.

Once finished, turn the eggplant slices hanging from the pan onto the top of the pasta.

Bake in a preheated oven at 375 degrees F for 30 minutes. Let rest before cutting. Garnish with grated cheese and parsley or basil.

Heat a skillet and add the olive oil and crushed garlic.

When the garlic is browned, add the tomato, salt and pepper.

Add the wine and bring the sauce to boil, add the cod fillets and cook for 6-7 minutes, turning them over once.

Add some more salt and pepper (if needed), the olives and capers.

Sprinkle with oregano and continue cooking for another 4-5 minutes.

Serve with a sprinkle of chopped parsley on top.

Clean the fennel bulbs and cut them in half. Boil them until al dente (fork tender) in lightly salted water. Drain them well and quarter the halves.

Fry them in abundant hot oil until golden brown. Drain on paper towels.

This is a classic Sicilian cake. The word Cassata derives from the Latin Caseus, which means cheese. Cassata is one of the world’s first cheesecakes. It comes as no surprise that there are a great many variations throughout Sicily.

Whip 6 egg whites to firm peaks with a pinch of salt. In another bowl, beat the 6 yolks with 3/4 cup of the granulated sugar until the mixture is frothy and pale yellow.

Sift the flour with the baking powder and slowly add it to the beaten yolks, together with a couple of tablespoons of whipped egg whites and the lemon zest and then fold in the remaining beaten egg whites

Turn the batter into a buttered and floured pan (9 inch square) and bake it for a half hour; remove the cake from the oven and let it cool before removing it from the pan.

To make the almond paste:

Grind the almonds in a food processor, using short bursts until finely ground. Add 2 1/2 cups of powdered sugar and the almond water; blend until the mixture is homogenous.

Dust a work surface with the potato starch before turning the paste out onto it (you can also turn it out onto a sheet of wax paper) and incorporate a few drops of green food coloring diluted in a few drops of water. Work the paste until the color is uniform and then wrap the paste in plastic wrap and chill it in the refrigerator.

Press the ricotta through a fairly fine wire mesh strainer and combine it with 1/2 cup of granulated sugar, the vanilla, the shaved chocolate and the diced candied fruit.

To make the cassata:

Next, line the bottom and sides of the pan with half-inch thick pieces of the baked cake.

Make a syrup by diluting some Marsala with a little water and a little sugar, and sprinkle it over the cake. Fill the empty space with the ricotta mixture and cover it with more of the cake, sprinkling again with the Marsala syrup.

Lay a dish on the cassata, press down gently, and chill the cassata for several hours in the refrigerator. Turn the cassata over onto the serving dish and remove the pan and the plastic wrap.

Beat the remaining two egg whites and sift the remaining powdered sugar into them, beating continuously until thick. Add 2 tablespoons of lemon juice and spread it over the cassata. Let the glaze set for a few minutes, then decorate the cassata with candied fruit. Chill the cake for several more hours before serving. 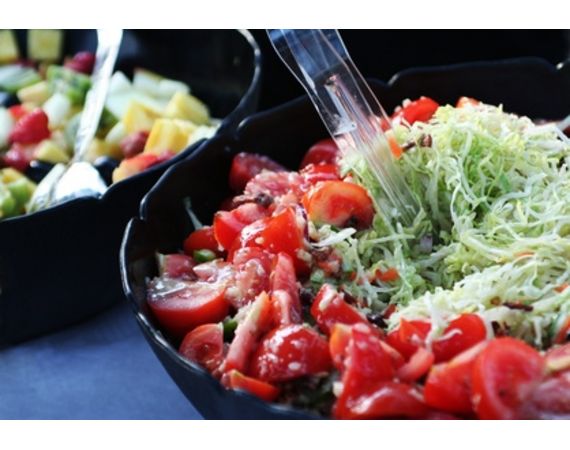 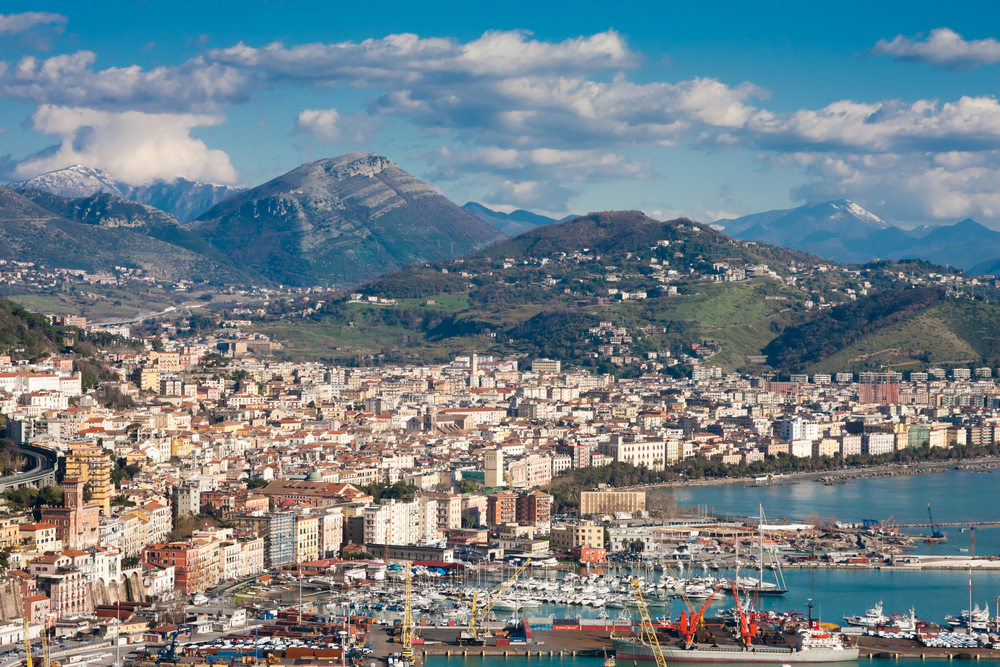