The region of Abruzzo is hilly and mountainous and stretches from the Apennines to the Adriatic Sea. In this part of the Adriatic, the long sandy beaches are replaced by steep and rocky coasts. L’Aquila is the regional capital. Pescara, Chieti and Teramo are other important cities. 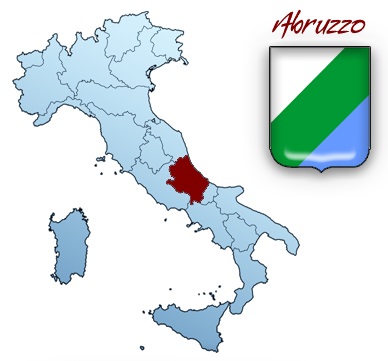 Abruzzo boasts the title of “Greenest Region in Europe” thanks to one third of its territory, the largest in Europe, being set aside as national parks and protected nature reserves. In the region there are three national parks, one regional park and 38 protected nature reserves. These ensure the survival of 75% of all of Europe’s living species and are also home to some rare species, such as the small wading dotterel, golden eagle, Abruzzo chamois, Apennine wolf and Marsican brown bear. Abruzzo is also home to Calderone, Europe’s southernmost glacier. 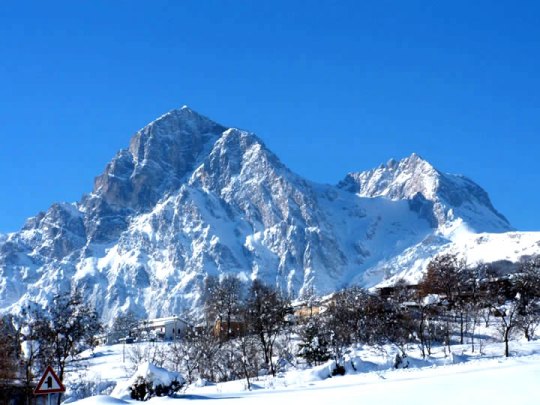 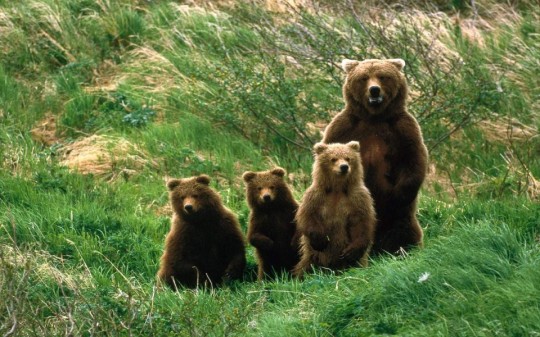 The Abruzzo region has two types of climate: the first is strongly influenced by the presence of Abruzzo’s Apennines range. Coastal areas have a Mediterranean climate with hot dry summers and mild winters, rainy hills and a climate where temperatures progressively decrease with increasing altitude. Precipitation is also strongly affected by the presence of the Apennines mountain ridges with increased rain on the slopes of the mountains in the region. 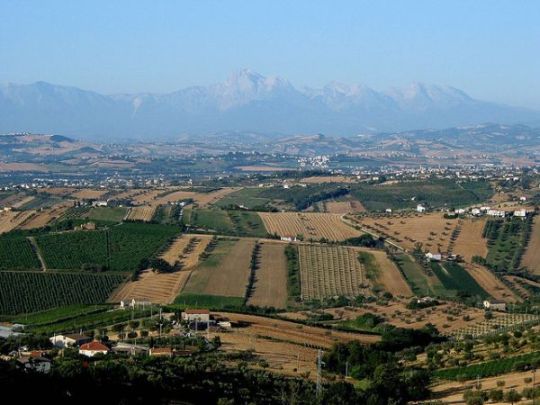 The 2009 L’Aquila earthquake led to a sharp economic slowdown. However, according to statistics at the end of 2010, it seems that the economy of Abruzzo is recovering, despite the negative data regarding employment. At the end of 2010, Abruzzo’s growth was placed fourth among the Italian regions with the highest annual growth rates after Lazio, Lombardy and Calabria. 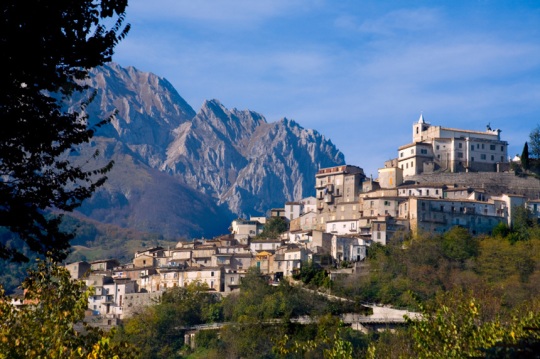 Abruzzo’s industrial sector expanded rapidly, especially in mechanical engineering, transportation equipment and telecommunications. Both pure and applied research are carried out in the region where there are major institutes and factories involved in research, especially, in the fields of pharmaceuticals, biomedicine, electronics, aerospace and nuclear physics. The industrial infrastructure is spread throughout the region in industrial zones, the most important of which are Val Pescara, Val Sangro, Val Trigno, Val Vibrata and Conca del Fucino.

A further activity worthy of note is seaside and mountain tourism, which is of considerable importance to the economy of the region. In the past decade, tourism has increased due to Abruzzo’s wealth of castles and medieval towns, especially around L’Aquila. Beach-goers also flock to places like Tortoreto, Giulianova, Silvi Marina, Roseto and, further south, Ortona, Vasto and San Salvo. Ski resorts are equally popular. 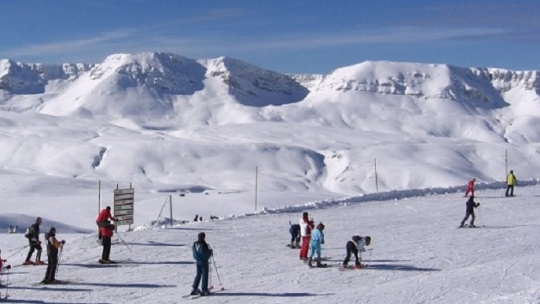 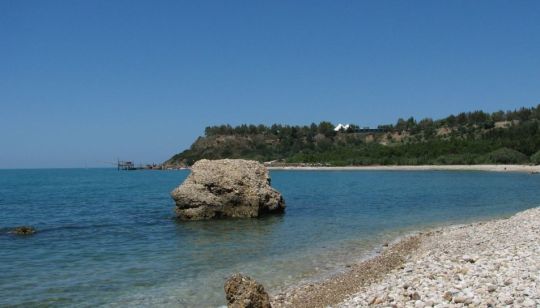 Agriculture has succeeded in modernizing and offering higher-quality products. The mostly small, agricultural properties produce wine, cereals, sugar beet, potatoes, olives, vegetables, fruit and dairy products. Traditional products are saffron and liquorice. Most famous in the wine world is Abruzzo’s Montepulciano d’Abruzzo. Montepulciano d’Abruzzo has earned a reputation as being one of the most widely exported DOC classed wine in Italy.

Abruzzo has a rich culinary tradition, with various traditions attached to each province.

Ragus are a generalized term for any type of meat-based sauce. Ragus are heavily associated with the cooking of Southern Italy, as well, and seem to have begun their migration southward from the Abruzzi region.

This is a cheese-loving region and mozzarella and scamorza take center stage on the dairy scene. Both cow’s milk cheeses are young, mild, creamy and sweet with smooth textures and a stringiness that allows them to hold up equally well in baked dishes or on their own as table cheeses.

The maccheroni alla chitarra are highly renowned (homemade pasta cut on a machine with thin steel blades) and scrippelle are thin strips of pasta eaten in soup. On the coast, most first courses are fish-based, often made with tomato to enhance the taste of “poor man’s fish,” that are caught off the shores of ancient fishing villages.

As for second courses, a typical recipe is scapece, which is pickled fried fish. Guazzetto or fish broth is also popular in coastal towns. Other than sea fare, one will find plenty of lamb, kid and mutton on the dinner table, while pork is used for prosciutto, lonza, ventricina and other typical salamis that are produced locally. Abruzzi lamb, in general, is considered superior in flavor to other lamb found elsewhere because of the animals’ mountain-grazed diets rich in herbs.

Among the desserts, often made with almonds and honey, you will find nougat or torrone; confetti (typical sugared almonds) and cicerchiata, small balls of fried dough covered in honey. 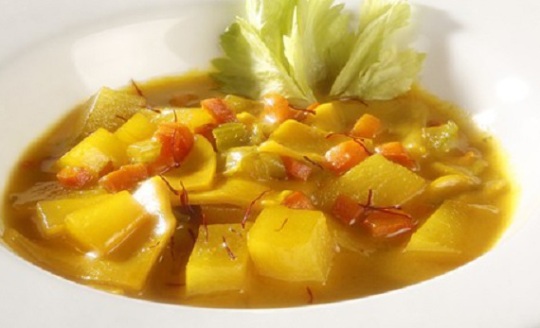 Lightly sauté the onion, carrot and celery in the olive oil. As soon as the mixture has cooled, add the saffron, mix well and then let rest to dissolve the saffron.

Boil and peel the potatoes and cut them into chunks.

Add 8 ¼ cups of water to the pot containing the saffron mixture and then salt to taste. Bring to a boil and add the pasta. When the pasta is cooked, add the potatoes. Heat and serve garnished with celery leaves. 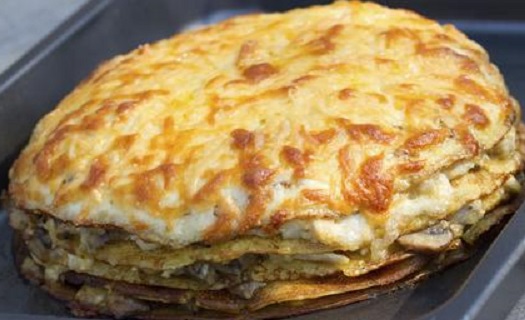 This recipe is often served at wedding lunches, where it generally follows the soup course.

To make the filling.

Mince the chicken liver and combine it with the ground meat.

Heat 2 tablespoons oil in a saucepan and gently brown the ingredients over moderate heat for 3 minutes. Set aside.

Clean the spinach, blanch in a little salted water for 5 minutes; drain, squeeze out any excess water and lightly cook it with the butter for 4 minutes. Set aside.

Clean and trim the artichokes, discard the tough outer leaves and trim off the tips; cut in half, discard the inner fuzz and slice them. Sprinkle with the parsley and a dash of salt and cook in a saucepan with 3 tablespoons olive oil for 20 minutes, moistening with a little water, if need be.  Set aside.

Break the egg into a mixing bowl, add the milk and egg yolk and whisk with a fork. Set aside

Put the flour, eggs and 6 tablespoons water into a mixing bowl and beat with a fork. Take a small frying pan, the bottom should be as wide as the ovenproof dish to be used for the timballo, and heat a little olive oil in it over a moderate to low heat.

Place 2 tablespoons batter into the pan, tilting to make sure it spreads out to cover the bottom; let it set and then flip. When the crespelle is ready, remove it from the pan and continue until all the batter has been used, greasing the pan each time with a little oil.

To assemble the timballo.

Butter an ovenproof dish and lay a crespelle on the bottom.

Make separate layers of sliced mozzarella, meat, spinach and artichokes, separating each with a crepe, adding a sprinkling of Grana cheese each time and a couple of tablespoons of the egg and milk mixture.

Make sure there are at least 2 layers of each ingredient, cover with another crespelle and sprinkle with the remaining cheese and egg-milk mixture. 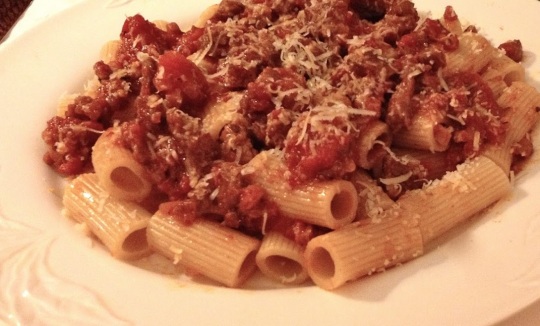 Add the lamb and cook until browned, 5 minutes. Season with salt and pepper and stir. Add the wine and simmer until evaporated, 10 minutes. Add the tomatoes and simmer gently, stirring from time to time, until the fat begins to separate from the sauce, 15 minutes.

Meanwhile, fill a large pot with 4 quarts of water and bring to a boil. Add 1 1/2 tablespoons of coarse salt, cover and return to a boil.

Add the pasta to the pot and stir rapidly with a wooden spoon. Cover and bring back to a boil. Uncover and cook the pasta, stirring frequently, until it is al dente.

Drain the pasta and immediately transfer it to a warmed bowl. Toss with the lamb sauce and the 1/3 cup of grated cheese. Serve at once, passing additional cheese at the table. 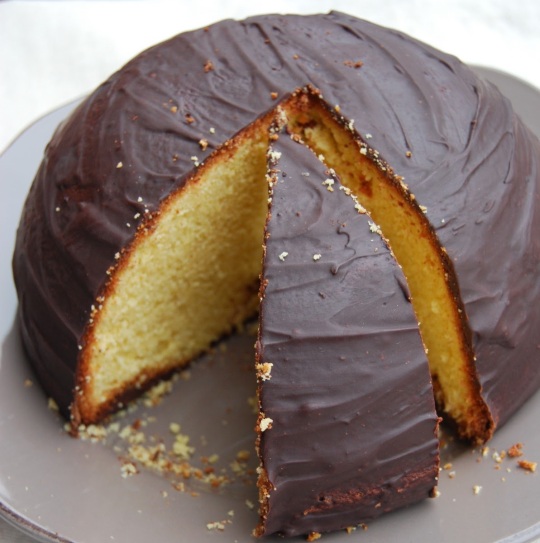 But among Abruzzo’s desserts, Parrozzo is the most remarkable. In ancient times, Abruzzo peasants made cornmeal bread in the shape of a dome and baked it in a wood-fired oven. They called this “pan rozzo” meaning ‘unrefined bread,’ as opposed to the regular and more expensive white flour bread eaten at the time only by higher classes. At the turn of the 19th century, pastry chef Luigi D’Amico re-invented that recipe by using eggs instead of cornmeal to obtain the bread’s golden hue. He kept the dome shape and topped it with a dark chocolate coating to reproduce the bread’s charred crust.

Blanch almonds in boiling water and peel off the husk, and grind them with 2 tablespoons of sugar in a processor. Work butter with a fork, add the remaining sugar and the egg yolks and whisk well. Fold in the ground almonds and then the flour and cornstarch. Beat the egg whites in a mixer until soft peaks form and then and fold into the almond mixture.

Pour mixture in a buttered Bundt pan or dome-shaped cake mold and bake at 450° F for 45 minutes. 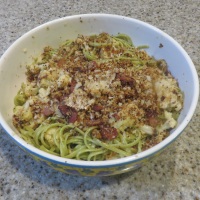 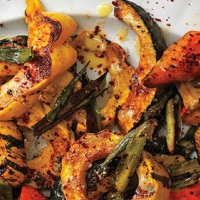 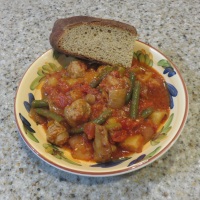