Italian Treasures – The Archaeological Park of Baratti and Populonia

Away from the rolling hills, sweeping vineyards and expanses of the sunflower fields inland, on the Tuscany coast facing Elba Island where Napoleon Bonaparte spent his time in exile, perched high above the Baratti Gulf is the walled town of Populonia. The Populonia Bay is one of the most beautiful landscapes in Italy, a perfect fusion of nature and history. The Baratti Gulf and the Populonia cape have always attracted inhabitants. Today this area is the site of the Archaeological Park of Baratti and Populonia (close to Piombino, in the Livorno Province). The town sits next to the archeological park which contains the remains of a huge Etruscan settlement. The park tells the story of the Etruscans, a group of people who had an important impact on this territory.

Populonia is especially known for the wealth of Etruscan archaeology in the area and an impressive collection of artifacts unearthed from the surrounding area, from tools to helmets, weapons, casks and jewellery. Positioned on the summit of a hill for safety reasons, the Etruscans constructed a necropolis at the base to house their dead dating from the late Iron Age (600 BC). Populonia, the only Etruscan town built over the sea, was composed of two different parts: Populonia Akron, the acropolis, the upper part, where there were the temples and the public buildings. Populonia Polis, the lower part, situated close to the Baratti Gulf contained the port, where the main economic and artisanal activities took place.

The Etruscans were very enterprising and traded with many people from the East. Iron-work was the main economic activity of the Etruscan and Roman civilizations. This region also contained other precious metals, like copper. The Etruscans would sail from the Baratti Gulf to Elba Island, where they would transform the hematite into iron. Because of the region’s economic prosperity immigration increased: people from Spain, Sardinia, Campania and Corsica came to Populonia hoping for a new life. The Etruscans also created a mint: they needed coin for their commercial exchanges and to pay the soldiers who were protecting the area. The coins were made in silver and bronze.

Many archaeologists tried to discover the remnants of the Etruscan civilization, but they couldn’t succeed due to the terrain. The first discoveries were objects found in fishermen nets and at grave sites The Archaeological Park stretches over almost 200 acres between the slopes of the Piombino Mountains and the Gulf of Baratti. The Park includes a significant part of the ancient town of Populonia and is spread over a vast area, which enables visitors to appreciate the transformation that has taken place over the centuries.

The wooded coast overlooks the archipelago and the silhouettes of the islands, including Elba and Corsica, create a picturesque scenes. This is the landscape of the 8th-9th Century B.C., when important houses were built on the Acropolis to accommodate the aristocracies of Populonia. These houses are the remains of the summit of the acropolis and from the beach area on the Gulf of Baratti, one can view the remains of Populonia.

A network of roads join the houses and temples to the industrial city and the cemeteries which lie on the first hills surrounding the inlet. As in ancient times, the routes follow the original roads, crossing the woods and the scrub areas and opening up to unexpected views over the Gulf of Baratti and the open sea. The deep wooded areas contain the remains of the Benedictine monastery of San Quirico that tell of a lost city and the natural resources and minerals that were once part of the region.

Inside the park one can walk along three paths: the “Iron Route”, the “Quarries Route” and a naturalistic path. The “Iron Route” goes through the areas where the Etruscan ovens used to be. Then, going up the hills, the ruins of the industrial district can be seen. The “Quarries Route” is a path where the Etruscans used to extract the “panchina stone”, that was used to build Populonia.

The park also contains an experimental archeological laboratory and a museum that includes vases, precious jewels, bronzes, coins and graphic reconstructions of Etruscan landscapes and activities.

The Italians in Central Italy today are descendants of the Etruscans. Not only that, but the Italian language has its roots in the Etruscan language. The Etruscans revered women, so women and men were on an equal footing. The men were clean-shaven and were primarily sailors and merchants. They were also good sportsmen, warriors and skilled farmers.

The Etruscan hillsides were abundant with olive groves and modern potters continue the practice of decorating their ceramics with olives and olive leaves.

They kept livestock, especially pigs, chickens, ducks and goats and hunted game from the surrounding forests, such as rabbits, deer and boar. Fish were taken from the rivers and the seas and they were making pasta with the use of a rolling pin.

The Etruscans ate two meals a day, enjoyed holding banquets and made good wine. Their culture and civilization was influenced by the Greek culture and they, in turn, influenced the Roman culture and, in turn, the Tuscan culture, as we know it today.

Etruscan food traced from archaeological findings and frescoes depicts food that is still eaten today. They used herbs like rosemary to flavor their meats, honey to sweeten desserts and they had utensils such as saucepans, pans, graters, pots, colanders, goblets and pitchers and beautiful dining plates. They baked and cooked over open fires and produced a variety of breads, one of which is still eaten today – flat grape bread. Wine was plentiful and stored in terracotta jars underground. It was strong and often drunk watered down. Today you will still Italians who drink wine diluted in this way.

On a lightly floured surface, knead the dough for 5-8 minutes until firm, smooth and elastic. Place the dough in an oiled bowl and cover it. Set the dough aside for about an hour to rise in a warm place until it has doubled in size.

Preheat the oven to 375 degrees F. Oil a 9×13 baking pan. Transfer the dough to a lightly floured work surface and roll it out into a rectangle, about 1/8 inch thick. Enough dough should hang over the edge of the pan to completely cover the top when folded.

Bake the bread until golden brown and the grapes are soft for about 45-60 minutes. Serve hot or at room temperature.

This Etruscans served this sauce over what is called bollito misto or mixed boiled meats.

Boil the egg and mash it together with the other ingredients – the mixture you will obtain should be smooth and fine. (Use a processor)

Place it in a bowl – add salt, pepper and start pouring in  olive oil until you obtain a creamy sauce.

Before using the sauce, let it rest for some time so that all flavors can blend in.

Brown sausage in pan until no longer pink.

Add onion and garlic and stir until softened.

Ladle into bowls and sprinkle with parmesan cheese.

To make the pasta, mix together the flour, semolina and a pinch of salt in a bowl. Gradually mix in enough water to make a firm, elastic dough. Shape the dough into a ball, wrap in a clean dish towel and let rest for 30 minutes.

Meanwhile, make the sauce. Chop the hard-boiled egg with the garlic, parsley, basil and mint, then transfer the mixture to a bowl. Gradually drizzle in enough oil to make a fairly liquid sauce.

Season to taste with salt and pepper.

Unwrap the pasta.Taking a small piece at a time, rub it back and forth on the work surface (counter) with your fingertips until it resembles thick spaghetti.

Bring a large pan of salted water to a boil. Add the pasta, bring back to a boil and cook and for 2–3 minutes, until tender but still firm to the bite. Drain, add to the sauce and toss well.

Transfer to a serving dish, sprinkle with grated pecorino and serve immediately.

Stud the pieces of guinea fowl with the sage and mint sprigs and arrange a pancetta slice over each.

Pour 4 tablespoons of the olive oil into a casserole and add the guinea fowl. Roast in the oven for 35 minutes.

Meanwhile, heat the remaining oil in a shallow pan with the garlic cloves.When the garlic begins to brown, remove with a slotted spoon and discard.

Add the mushrooms, mint leaves and tomatoes to the pan and cook over low heat, stirring occasionally, for 10 minutes.

Remove the guinea fowl from the oven, add the pieces to the pan with the mushrooms and cook for 15 minutes.

Season with salt and pepper and remove the pan from the heat. 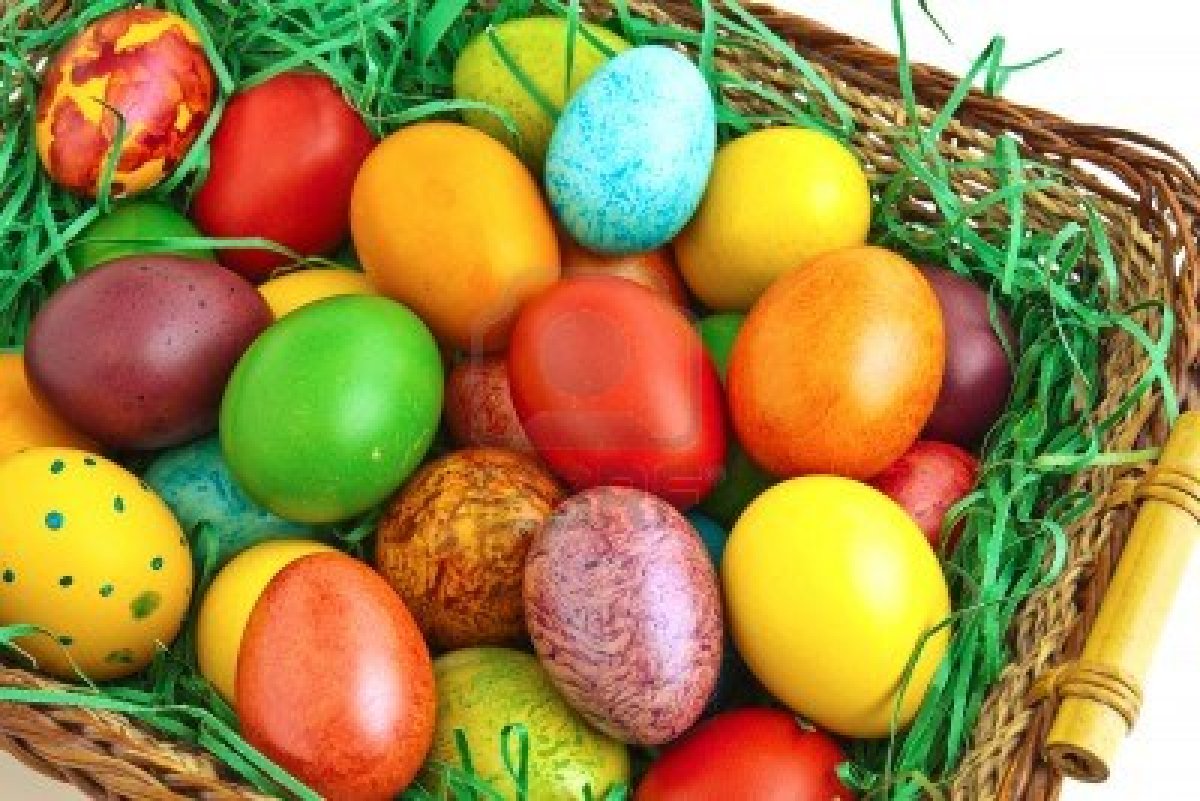 Somewhere in the cosmos