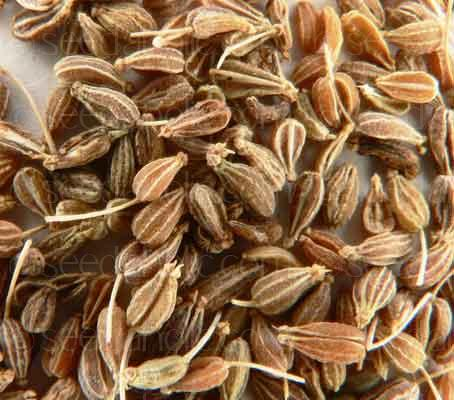 The leaves of the anise plant can be used as an herb. The seeds of the anise plant, called aniseed or anise seeds, are used as a spice, either ground or whole. Despite its similar name, anise is not related to star anise, which is another spice from a different family of plants. Anise is used in a variety of baked goods and desserts, for example, Italian biscotti. Anise seeds are, also, the basis for a number of alcoholic beverages, including absinthe, anisette, ouzo and sambuca.

Anise has been used for centuries and has been mentioned in ancient herbal mixtures, as well as in texts on medicine, folklore, cookery, confectionery, perfumery and witchcraft. Pliny, in his treatise on natural history, mentions anise and states that the best was grown on the Greek Island of Crete. He also tells us that anise was used to alleviate headaches, soothe the stomach, clear the eyes and treat colics and coughs. Pliny, as well as Pythagoras, also strongly recommended anise steeped in wine as a remedy against scorpions. The ancient Romans used anise to flavor cakes. They often served these spiced cakes, called mustaceoe at the end of feasts, as a digestive. This tradition of serving cake at the end of festivities is the basis for the tradition of serving cake at weddings.

Some other historical facts, include: Democritus noted that anise was a cure for melancholy. In England, under King Edward I, anise was used to pay taxes and in Italy anise was helpful for nursing mothers. In old astrology treatises, anise was associated with the planet, Mercury, and according to old plant-lore it protected the lungs. Apparently, anise was also used to ward off evil and was kept in a small pouch under the pillow to avoid nightmares.

Anise seed has a faint licorice taste that is common in Mediterranean cooking. Its formal name is pimpinella anisum and it is in the biological family, Apiaceae — the same family as parsley, dill, coriander and cumin. Both seed and leaves carry the plant’s distinctive licorice taste, but the seeds are usually the only part that humans consume. The anise plant is an annual plant, which means that it typically survives for just one season — it sprouts in the early spring, is at the height of its seed production in the midsummer and dies back in the fall. The seeds it drops on the surrounding ground are its primary means of reproduction.

Anise is a bushy plant that commonly grows to at least 3 feet (about 1m) in height and has feathery, dense leaves. In the early summer, these leaves give way to white flowers that will ultimately produce the sought-after seeds. The plant is native to the coastal areas of the Mediterranean, including France, Italy, Greece and Turkey; it is also commonly seen in parts of North Africa. So long as the plant has good soil, regular sun and a generally constant climate, it can thrive in a range of places and is grown pretty much everywhere in the world today. Many growers even have good luck cultivating it indoors. It is a non-toxic plant, which makes it attractive for gardeners with young children or pets. Dog owners should use a bit of caution, though — dogs often respond to aniseed the way cats do to catnip, that is, by becoming hyperactive.

Despite its near worldwide cultivation, anise remains most popular in recipes from the Mediterranean region. It is very common in baked goods such as breads, cakes and cookies; its slight sweetness adds a complexity and an interesting dimension to otherwise  “ordinary” recipes. Many cooks will also add it to soups, stews and savory sauces for similar reasons. The seeds tend to open up when simmered, which can release many of its essential oils.

The fragrant Italian cookies made with anise seeds, often called angelonies or angelettis, are pillow-like and rich with eggs and either crushed anise seeds, anise extract or both. They are usually iced with an icing and dotted with tiny nonpareils. These cookies are traditionally served at both Easter and Christmas and at Italian weddings. A bite of an angellotti cookie will bring back any Italian American’s memories of childhood.

Pizelle are another Italian cookie flavored with anise seed. Pizzelle are light crispy cookies which are baked on a cooking surface similar to a waffle iron. They should be stored in airtight containers to keep them crisp. Anise seed are also often found in crisp Italian biscotti and the combination of anise and almond is especially delicious! 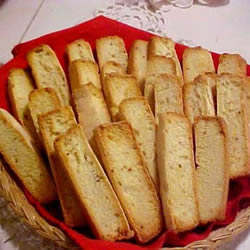 Beat the eggs and sugar thoroughly add the anise seed then mix in the flour. Scrape dough into the prepared pan (pan will only be about 1/2 full).

Bake for about 20 minutes or until a toothpick inserted in the center comes out clean. Do not turn off the oven. 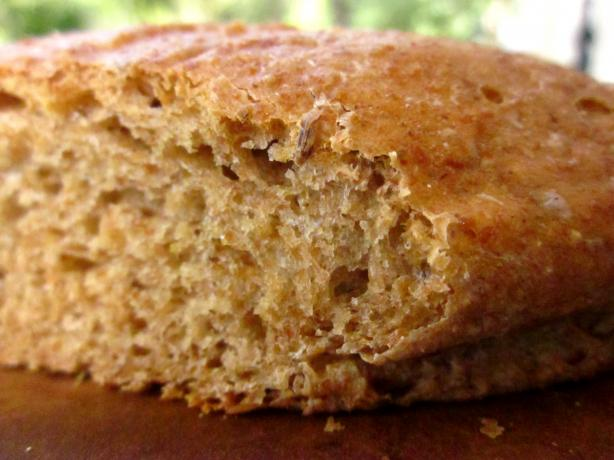 Boil the water, caraway and anise seeds for 5 minutes. Pour into a large mixing bowl. Cool to warm.

Then add the molasses, brown sugar and shortening. Add yeast.

Mix in all purpose flour and salt.

Add the rye flour gradually. If sticky add a bit more flour, but not too much, since rye flour soaks up water more slowly than regular flour.

Bake at 375 degrees Fahrenheit for 45 minutes. 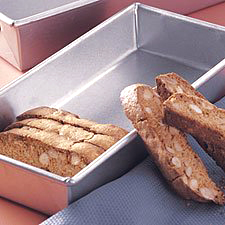 In a medium-sized mixing bowl, whisk together the flour, baking powder and salt and set aside.

In a large bowl, beat together the eggs, egg yolks and sugar until light, about 2 minutes; the mixture will look somewhat curdled. Beat in the vanilla, anisette and anise seed. Beat in the dry ingredients, then the chopped nuts.

Divide the dough into four equal portions. On a lightly floured board, shape each portion into a flat log, just about the length the cookie sheet. Place two rolls on each cookie sheet.

In a small bowl, beat the egg white with a fork until frothy. With a pastry brush, glaze each log with some egg white and sprinkle with granulated sugar. Bake for 15 to 20 minutes, or until the logs are lightly golden brown, firm to the touch and just beginning to crack slightly.

Store in an airtight container. They will keep up to about 2 weeks. 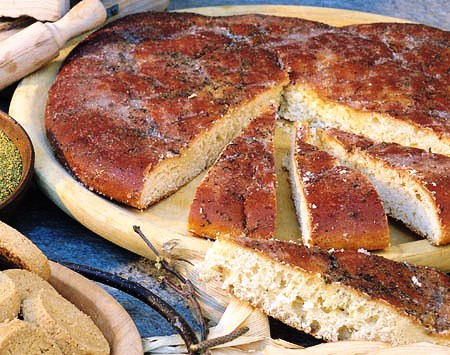 Dissolve the yeast in warm water and add 1 2/3 cups of the flour and knead until a soft dough is obtained. Set aside to rest for 2 hours.

Combine the remaining flour with the 1/2 cup sugar, egg yolks, 3/4 cups butter and salt. Work until a soft and homogenous dough mixture is obtained. Add the dough made earlier and continue to work it in until the dough is smooth and soft.

Butter and dust a medium-sized round baking pan with flour. Roll out the dough to the size of the pan and place the dough in the baking pan. Cover with a cotton kitchen towel and let the dough rise for 45 minutes.

Preheat the oven to 425 degrees F. Sprinkle with additional sugar to taste, the anise seeds and pour the melted butter on top. Transfer to the oven to bake for 20 minutes. Let it cool before serving. Serves 4