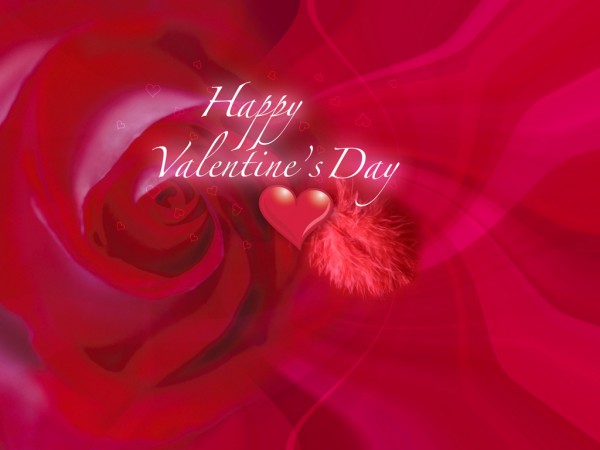 The history of Valentine’s Day–and the story of its patron saint–is shrouded in mystery. We do know that February has long been celebrated as a month of romance and that St. Valentine’s Day, as we know it, contains evidence of both Christian and ancient Roman tradition.

The Catholic Church recognizes at least three different saints named Valentine or Valentinus, all of whom were martyred. One legend contends that Valentine was a priest who served during the third century in Rome. When Emperor Claudius II decided that single men made better soldiers than those with wives and families, he outlawed marriage for young men. Valentine, realizing the injustice of the decree, defied Claudius and continued to perform marriages for young lovers in secret. When Valentine’s actions were discovered, Claudius ordered that he be put to death.

Other stories suggest that Valentine may have been killed for attempting to help Christians escape harsh Roman prisons, where they were often beaten and tortured. According to one legend, an imprisoned Valentine actually sent the first “valentine” greeting himself after he fell in love with a young girl–possibly his jailer’s daughter–who visited him during his confinement. Before his death, it is alleged that he wrote her a letter signed, “From your Valentine,” an expression that is still in use today. Although the truth behind the Valentine legend is murky, the stories all emphasize his appeal as a sympathetic, heroic and–most importantly–romantic figure. By the Middle Ages, perhaps thanks to this reputation, Valentine would become one of the most popular saints in England and France.

While some believe that Valentine’s Day is celebrated in the middle of February to commemorate the anniversary of Valentine’s death or burial–which probably occurred around A.D. 270–others claim that the Christian church may have decided to place St. Valentine’s feast day in the middle of February in an effort to “Christianize” the pagan celebration of Lupercalia. Celebrated at the ides of February, or February 15, Lupercalia was a fertility festival dedicated to Faunus, the Roman god of agriculture, as well as to the Roman founders Romulus and Remus.

As part of the festival, according to legend, all the young women in the city would place their names in a big urn. The city’s bachelors would each choose a name and become paired for the year with his chosen woman. These matches often ended in marriage.

Lupercalia survived the initial rise of Christianity but was outlawed—as it was deemed “un-Christian”–at the end of the 5th. century, when Pope Gelasius declared February 14, St. Valentine’s Day. It was not until much later, however, that the day became definitively associated with love. During the Middle Ages, it was commonly believed in France and England that February 14 was the beginning of the birds’ mating season, which added to the idea that Valentine’s Day should be a day for romance. 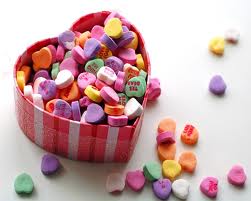 Valentine greetings were popular as far back as the Middle Ages, though written valentines didn’t begin to appear until after 1400. The oldest known valentine still in existence today was a poem written in 1415 by Charles, Duke of Orleans, to his wife, while he was imprisoned in the Tower of London, following his capture at the Battle of Agincourt. (The greeting is now part of the manuscript collection of the British Library in London, England.) Several years later, it is believed that King Henry V hired a writer named John Lydgate to compose a valentine note to Catherine of Valois.

In addition to the United States, Valentine’s Day is celebrated in Canada, Mexico, the United Kingdom, France and Australia. In Great Britain, Valentine’s Day became popular around the 17th. century. By the middle of the 18th. century, it was common for friends and lovers of all social classes to exchange small tokens of affection or handwritten notes and, by 1900, printed cards began to replace written letters due to improvements in printing technology. Ready-made cards were an easy way for people to express their emotions in a time when direct expression of one’s feelings was discouraged.

Americans probably began exchanging hand-made valentines in the early 1700’s. In the 1840’s, Esther A. Howland began selling the first mass-produced valentines in America. Howland, known as the “Mother of the Valentine,” made elaborate creations with real lace, ribbons and colorful pictures known as “scrap.” Today, according to the Greeting Card Association, an estimated 1 billion Valentine’s Day cards are sent each year, making Valentine’s Day the second largest card-sending holiday of the year. Women purchase approximately 85 percent of all valentines. 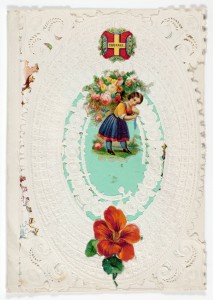 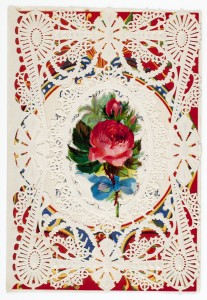 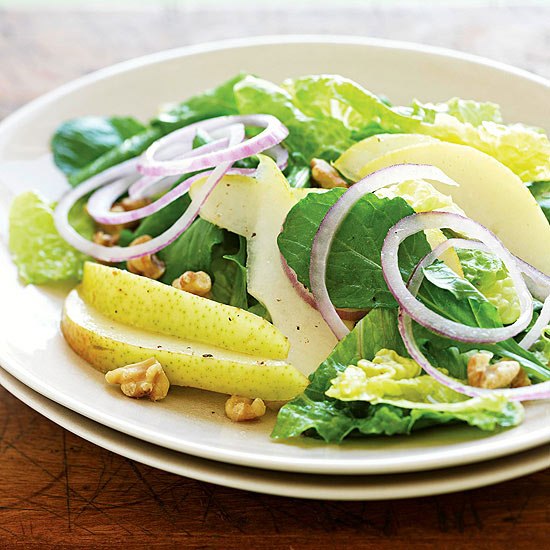 In a small bowl, whisk together pear nectar, vinegar, oil and pepper. Set aside.

Arrange the lettuce on two salad plates. Top with pear, red onion and walnuts. Drizzle with the vinaigrette. Makes 2 servings. 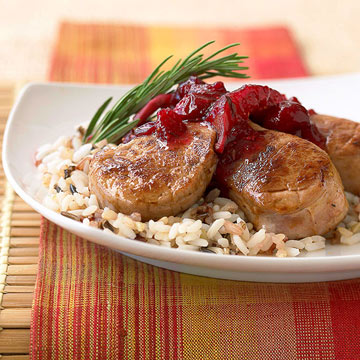 Meanwhile, trim fat from pork. Cut pork crosswise into six pieces, each about 1 inch thick. Press each piece with the palm of your hand to an even thickness. Sprinkle herb seasoning evenly over pork. Coat an unheated large nonstick skillet with nonstick cooking spray. Preheat over medium-high heat. Cook pork in hot skillet for 2 to 3 minutes or until pork is slightly pink in center and juices run clear, turning once halfway through cooking time.

Cook rice according to package directions.

To serve, divide pork medallions between two dinner plates and place on top of the hot cooked rice. Spoon some of the warm chutney over pork. Pass remaining chutney. 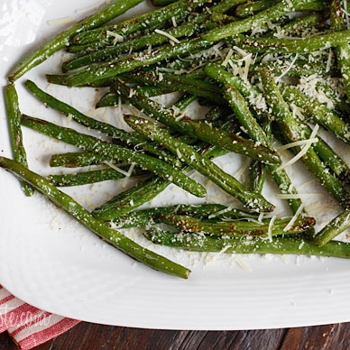 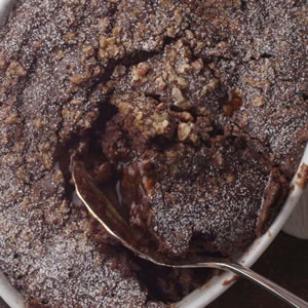 Scrape the batter into the prepared baking dish. Mix hot coffee and brown sugar in the measuring cup and pour over the batter. (It may look strange at this point, but don’t worry. During baking, cake forms on top with sauce underneath.)

Bake the pudding cake until the top springs back when touched lightly, 30 minutes. Let cool for at least 10 minutes. Dust with confectioners’ sugar and serve hot or warm 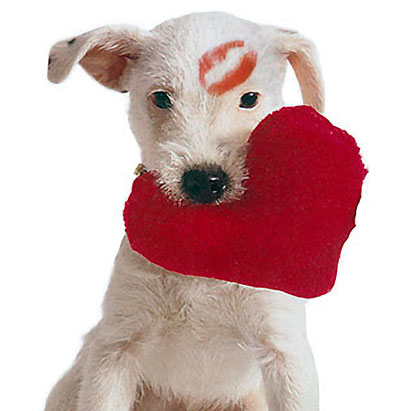