The Cuisine Of Italy – Calabria

Calabria is one of the oldest regions of Italy with the first evidence of human presence in the region dating as far back as 700,000 years BC. Around 3,500 BC, the first villages in Calabria were settled. By the eighth century BC, the Greeks had control over the region and, in the second century BC, Calabria was conquered by the Romans. After the fall of the Roman Empire the region was conquered by the Goths, the Byzantines and later the Longobards. It wouldn’t be until 1860 that Calabria would consolidate and became part of the larger region of Italy. 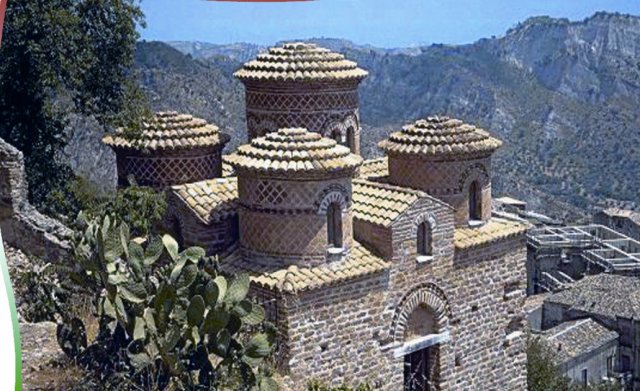 Calabria’s economy is based mainly on agriculture. Chief agricultural products include olive oil, onions, mushrooms, wheat and other cereal grains, wine, eggplant, figs, chestnuts and citrus fruit. Calabria is the largest producer of bergamot oranges in Italy. The rinds of bergamot oranges are used to manufacture perfumes, teas, and other aromatic creations. Despite its small size and low population, Calabria is responsible for producing a third of all the olive oil produced in Italy. 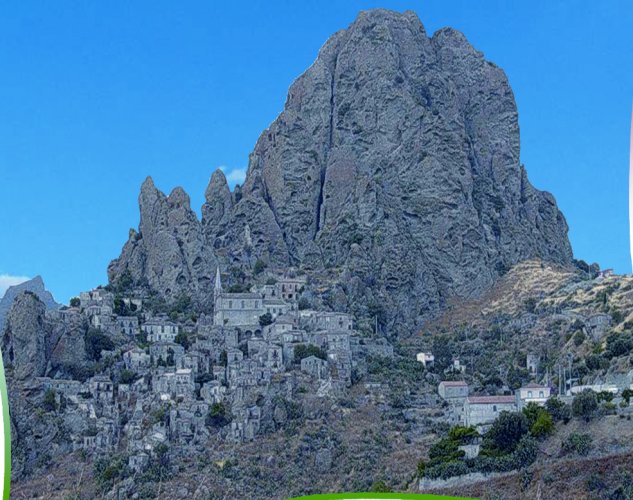 Calabria is fortunate to have a great deal of forested land and, as a result, most industry is developed around construction and building. Textile, clothing and chemical industries are also present in the region. A substantial portion of the region’s economic resources stem from the production and sale of handicrafts by individuals and very small family businesses. Tourism, which is increasing, also plays a major part in the Calabrian economy and is the motive behind some of the region’s most recent technological advancements.

It is a place of contrasts, with high mountain villages seemingly built on the sides of mountains in the interior to red roofed villas on the coast, clustered around an ancient castle or church. Calabria hosts several world class seaside resorts, as well as, mountaintop resorts dedicated to winter sports. Tourists also enjoy watching local artisans produce any number of handicrafts, with pottery and ceramics being the most common.

The Food of Calabria 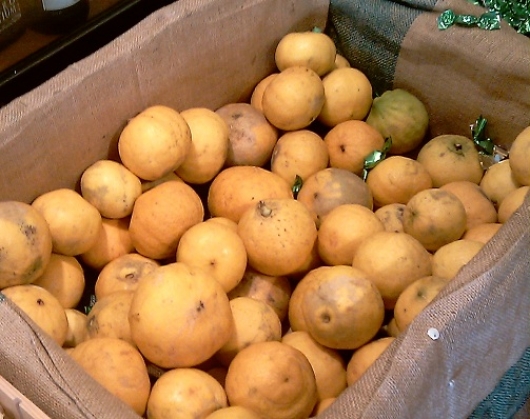 Calabrians use the mountainous area covering most of the region to raise hill-loving pigs, goats and sheep and comb the woods for chestnuts, acorns and wild mushrooms to add rustic flavors to their cooking. Adventurous fishermen have little trouble finding swordfish, cod, sardines, and shellfish. The inland freshwater lakes and streams offer trout in abundance.

Most of the cuisine of Calabria is heavily influenced by the Mediterranean and is often spicy. Pasta dishes with peppers, onions and sausage sauteed with or without sauce are very common. Frittatas made with pasta and sausage are also prevalent. Eggplant is a favorite dish in the region and is served in a variety of ways.

Due to the humid climate and the high risk of rapid molding and spoilage, food preservation is important. Oiling, salting, curing and smoking – almost all of the area’s food products can be found preserved in some form or another. Calabria’s many varieties of cured meats and sausages are served alongside fresh produce. The local pancetta pairs perfectly with summer melons.

Calabrians do their best to utilize the entire animal letting nothing go to waste. The spicy-hot tang of nduja (also known as ‘ndugghi) is a singularly unusual flavor, made from pig’s fat and organ meats and mixed with liberal amounts of pepperoncinis. This salami-style delicacy (left alone to cure for an entire year) is a testament to the Calabrian patience of waiting until foods have reached their perfection before eating. Other salamis such as Capicola Calabrese and Sopressata di Calabria also come from the region and are served alongside local breads and cheeses.

Breads, cheeses and pastas are all important to Calabrian cooking.

Pane del Pescatore is a local bread specialty made with eggs and dried fruits. Focaccia and pita breads are popular in the region, reflecting the Greek and Arabic flatbread influences. Similarly, special pastries and dessert breads take on a Greek flavor with many being fried and dipped in honey.

Cheeses lean toward the goat and/or sheep milk varieties, though cow’s milk cheeses are becoming more common. Sciungata (a sheep’s milk cheese similar to ricotta), ricotta calabrese (a ricotta with the addition of  milk and salt), butirro (a buttery cow’s milk cheese) and the prized, caciocavallo silano, a cow’s milk cheese hung to dry thus developing its signature teardrop shape, are just a few of the cheeses found on the Calabrian table.

Calabrian pastas are hearty and varied, with the names of some of the more creative cuts like ricci di donna ( “curls of the lady”) and capieddi ‘e prieviti ( “hairs of the priest”) belying a whimsical spirit of the region’s people. Fusilli is a common pasta component in Calabrian dishes, as are Scilateddri, Lagane, Cavateddri and Maccheroni. 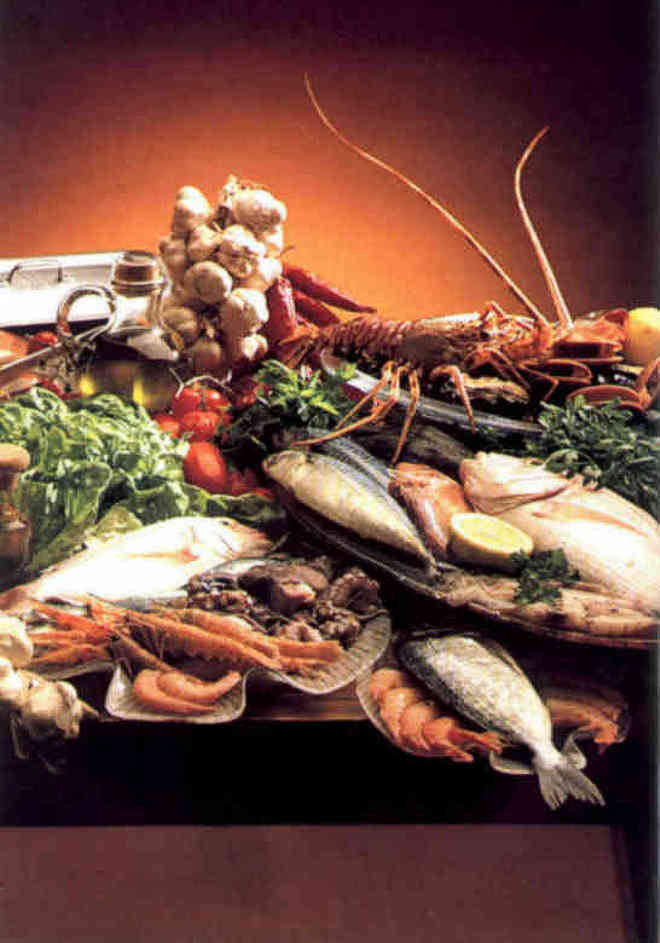 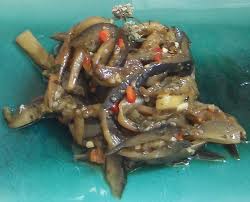 Cut the eggplant slices into one inch strips and place in a bowl.

Salt the fresh cut eggplant and let it set for an 1 hour.

In a large pot of boiling water, cook the eggplant for 4 to 5 minutes until tender. Drain.

Lay the eggplant out on a towel to dry.

Lay the eggplant out on a plate and drizzle some of the oil mixture on top.

Place another layer on top and repeat until all the eggplant is used.

Refrigerate for 4 to 6 hours and serve chilled.

Bring a large pot of water to a boil and salt it. Add the pasta to the boiling water and cook until al dente; drain, reserving 1/2 cup of the cooking liquid.

Put 1 tablespoon oil in a large skillet over medium heat. When it’s hot, add the breadcrumbs and cook, stirring frequently, until golden and fragrant, less than 5 minutes, and then remove.

Add the remaining oil and the onion and garlic to the pan, sprinkle with salt and pepper, and cook, stirring occasionally, until softened, about 5 minutes.

Turn the heat under the onions to medium-high and add the lemon zest, capers and sardines with the oil the fish was packed in; cook, stirring occasionally, until just heated through, about 2 minutes.

Add the pasta to the sardine mixture and toss well to combine. Add the parsley, most of the bread crumbs and the reserved pasta water to moisten. Taste and adjust seasoning, garnish with parsley and remaining bread crumbs.

Salt lamb chops on both sides. Pour olive oil into a 12″ skillet over medium-high heat. When hot, add lamb chops. Brown thoroughly on one side, turn, and brown thoroughly on the other side (cook to your liking). Remove from the pan to a plate (cover with foil).

Add chopped onion to the pan and cook over medium heat, stirring frequently, until it becomes soft and golden. Add the tomatoes, stirring occasionally, and cook for 5 minutes. Add the peppers, parsley, olives, salt and black pepper.

Turn the heat down to medium. Cook, stirring occasionally, for about 8 minutes, until the peppers are tender but firm.

Sprinkle the chops with freshly ground pepper and put them into the pan with the sauce. Turn the chops over several times to coat them well and after a minute or so turn the full contents of the skillet onto a warm platter and serve. 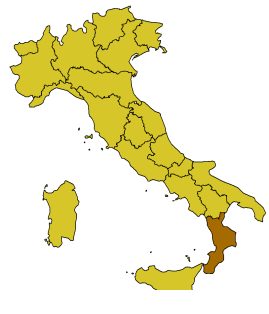