The Cuisine Of Italy – Cosenza

Cosenza is one of the most highly populated provinces of Italy and occupies about 44% of the Calabrian region, basically the whole northern and central parts of the area. The landscape is unique and characterized by mountains,  hills, plains and deep valleys bounded by the Busento and the Crathis rivers. Cosenza is one of the most ancient cities in Calabria and is situated on seven hills in the valley of Crati. The area in and around Cosenza exhibits signs of historic transitions since the prehistoric period with sites in the area attesting to human presence during those prehistoric times. 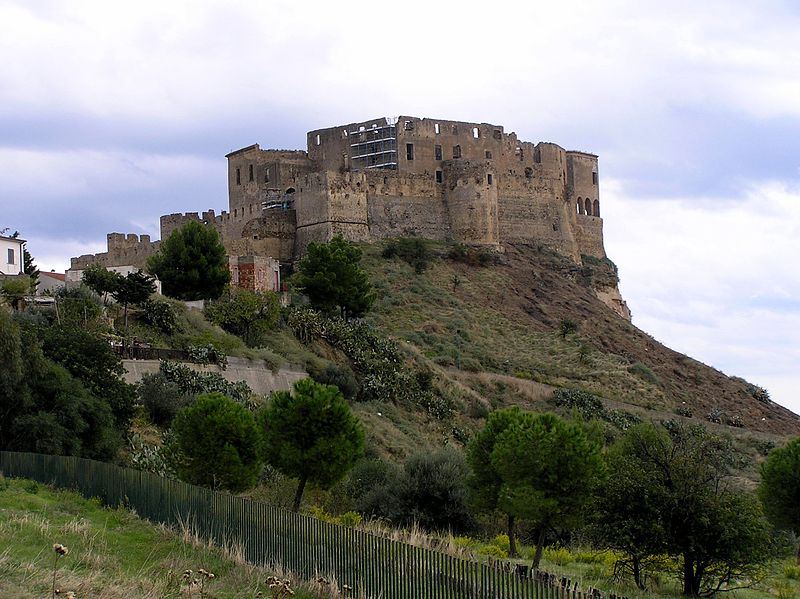 The fortress, Rocca Imperiale, overlooks the Ionian Sea, and was built by Frederick II.

Important water travel routes have existed here since the Magna Graecia and Roman periods. In 204 BC, the region was conquered by the Romans, and became an important route along the Via Popilia, connecting Rome to Sicily. In the Middle Ages this land was conquered by the Byzantines, who brought economic benefits to the territory with the introduction of new agricultural techniques and architectural design. Byzantine influences are still present in the elegant architecture of the city, as well as the influences of the Normans, the Angevins, the Aragonese and the Spaniards, who all left their traces in the centuries that followed.

Due to its cultural past, it was known as the Athens of Italy and today it houses the largest university campus of the nation. The city of Cosenza is rich in art and culture and officially recognized as a “City of Art” in the Calabria region. Cosenza is also called the capital of the Bruzi. The Bruzi were an ancient population who lived in southern Italy and they settled in the area of land that lies between the woods of the Sila plateau and the Crati Rivers. They took economic and social control of these areas following the decline of the Greek dominance and, in the 4th. century BC, they attained independence forming their capital Cosenza, formerly called Cosentia.

The old city is characterized by steep and narrow alleys and, during the few last years, this area has experienced a renewed vibrancy. This section is one of the most beautiful and ancient city centers in Italy, where one can find historical buildings, manor houses, an urban plan, and a labyrinth of streets around the old buildings and churches that have existed for centuries.

The cultural activity of the city centers around theater and opera events held in the Rendano Theater, the historical Cinemateatro Italia and the Teatro Stabile d’Innovazione of Calabria. The Accademia Cosentina promotes culture, artists and scientists.The Brettii Museum, officially opened in 2009, in the 15th. century complex of St. Agostino and is located in the center of the city. The Museum of the Rimembranze and the Open-Air Museum Bilotti can also be found there. 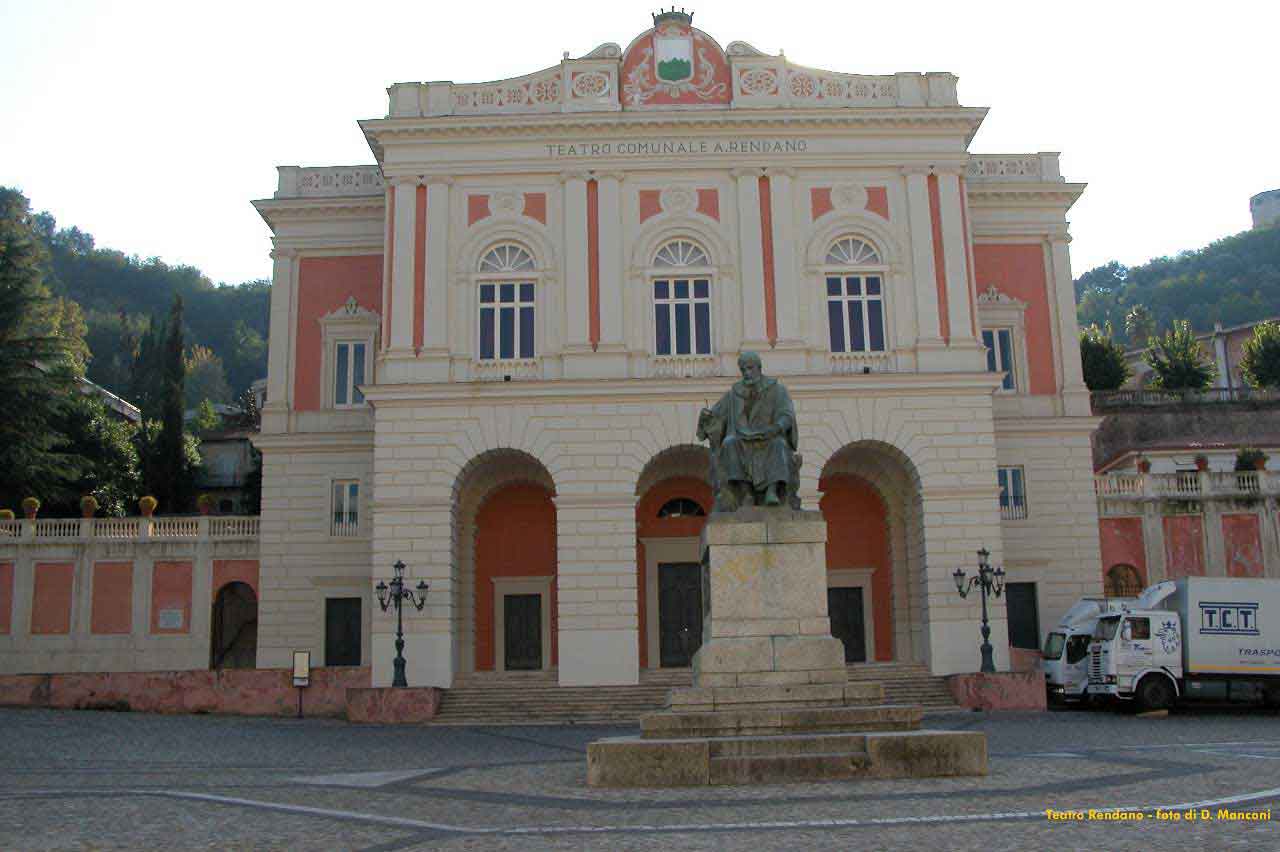 The variety in the landscape here makes the province of Cosenza an ideal place for long outdoor excursions. The trekking routes will lead you to the discovery of small churches and a beautiful countryside that you can admire from charming wooden bridges. The flat, hilly areas are usually used for horse riding. Photography enthusiasts will draw plenty of inspiration for their picture taking. During wintertime, organized snowshoe excursions in the mountains are popular, while ski establishments can be found in the highest areas of the Sila Mountains.

The National Park of Pollino offers opportunities to practice rafting and canoeing, especially on the river Lao, among the canyons and gorges. During recent years, Nordic walking has become more widespread, as it is a gentle sport, suitable for everybody. Water parks can be found along the coast, like Odissea 2000, in Zolfara. The area is well equipped for water sports, from windsurfing to water skiing, as well as beach volleyball. 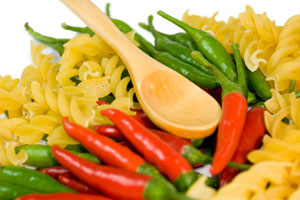 Inland, many fairs and festivals offer opportunities to taste local dishes and discover local traditions.The culinary specialties of Cosenza are based on local, simple foods. Such specialities, as the Cuddrurieddri, are salted doughnuts prepared for the Immacolata Feast or for Christmas time. The Turididdri are fried Christmas pastries covered with figs and honey, while the Scaliddre are sugar-glazed.

First courses offer fresh fusilli pasta with potatoes, sauteed potatoes, onions and peppers, broccoli with sausages, thick tagliatelle pasta with chickpeas and fresh pasta with mushrooms. Among the fish dishes, the most famous are fried cod and spaghetti with anchovies and breadcrumbs.

Pitta ‘mpigliata, a traditional Christmas dessert pastry,  Mostaccioli, pastries prepared for the Feast of Saint Joseph and focaccia bread made with honey or figs, mulled wine, flour and almonds and formed into different religious shapes are popular desserts. The area is well known for its anise liqueur. 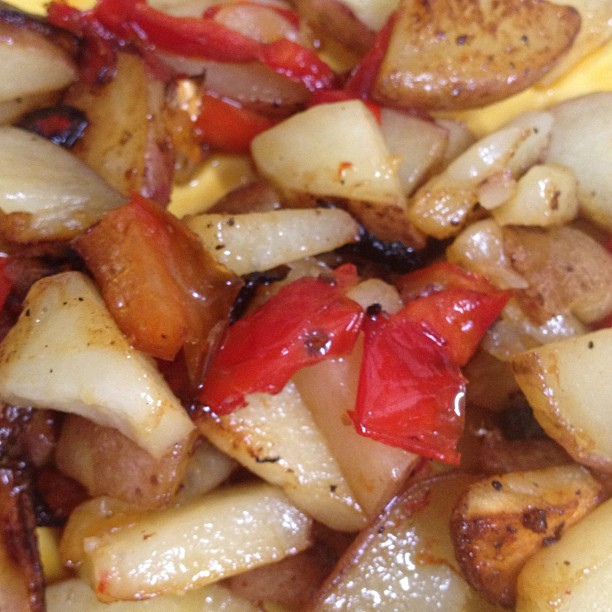 Cook until peppers and potatoes are tender, stirring often. Stir in vinegar. 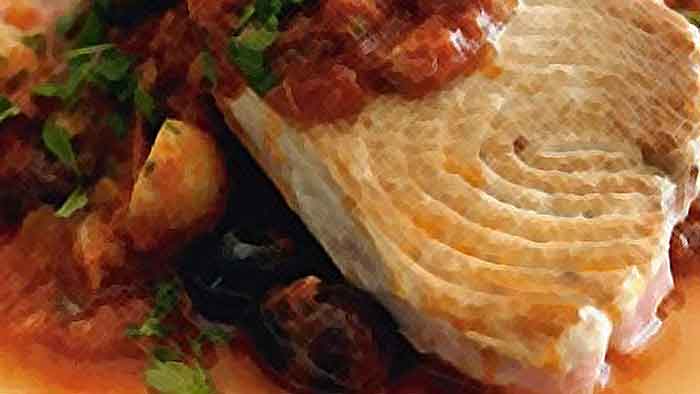 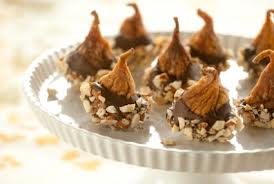 Line a large baking sheet or tray with parchment paper.

Put chocolate into a small pot and heat over medium low heat, stirring constantly, until melted and smooth, about 5 minutes. Working with one at a time, hold a fig by the stem and carefully dip it into the chocolate, coating it about halfway up. Shake off any excess chocolate, roll the bottom in almonds and transfer to the paper lined tray.

(If chocolate becomes too stiff, reheat it briefly over medium low heat.)

Set figs aside in a cool spot until chocolate is set, about 2 hours. Alternately, chill the figs in the refrigerator for about 20 minutes to allow the chocolate to harden, and then return them to room temperature.