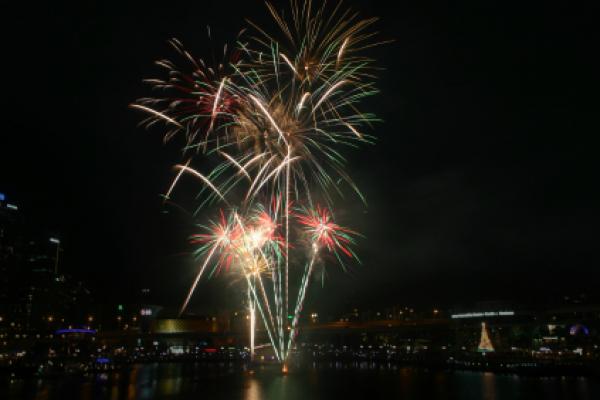 The most commonly sung song on New Year’s eve, “Auld Lang Syne” is an old Scottish song that was first published by the poet, Robert Burns, in the 1796 edition of the book, Scots Musical Museum. Burns transcribed it (and made some refinements to the lyrics) after he heard it sung by an old man from the Ayrshire area of Scotland, Burns’s homeland.

But it was bandleader Guy Lombardo, who popularized the song and turned it into a New Year’s tradition. Lombardo first heard “Auld Lang Syne” in his hometown of London, Ontario, where it was sung by Scottish immigrants. When he and his brothers formed the famous dance band, Guy Lombardo and His Royal Canadians, the song became one of their standards. Lombardo played the song at midnight at a New Year’s eve party at the Roosevelt Hotel in New York City in 1929 and a tradition was born. After that, Lombardo’s version of the song was played every New Year’s eve from the 1930s until 1976 at the Waldorf Astoria. In the first years it was broadcast on radio, and then on television. The song became such a New Year’s tradition that Life magazine wrote, “if Lombardo failed to play Auld Lang Syne, the American public would not believe that the new year had really arrived.”

Probably the most famous tradition in the United States is the dropping of the New Year ball in Times Square, New York City. Thousands gather to watch the ball make its one-minute descent, arriving exactly at midnight. The tradition first began in 1907. The original ball was made of iron and wood; the current ball is made of Waterford Crystal, weighs 1,070 pounds and is six feet in diameter.

A traditional southern New Year’s dish is Hoppin’ John—black eyed peas and ham hocks. An old saying goes, “Eat peas on New Year’s day to have plenty of everything the rest of the year.”

Another American tradition is the Rose Bowl in Pasadena, California. The Tournament of Roses parade that precedes the football game on New Year’s day is made up of elaborate and inventive floats. The first parade was held in 1886. 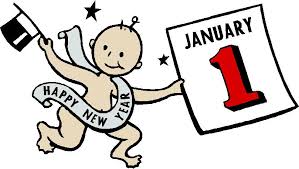 A common symbol of New Year’s is the Baby New Year. This is often a white male baby dressed in a diaper, a hat and a sash. The year he represents is printed on his sash. According to mythology, Baby New Year grows up and ages in a single year. At the end of the year he is an old man and hands his role over to the next Baby New Year. Other symbols of New Year’s are spectacular fireworks exploding over landmarks and clocks striking midnight as the year begins.

Invite a few close friends to ring in the New Year with an easy, intimate party at home. Champagne is the classic New Year’s Eve beverage, but this year you can change things up by making fruity cocktails with that bottle of bubbly

The wonderful wafer-thin pancakes, called crepes, fill a niche in contemporary dining. Made with light sauces and fillings, they suit today’s desire for healthy fare. Crepe refers both to the individual pancake and the filled creation. Fast to assemble and filled by a variety of savory fillings – fresh vegetables and herbs, seafood, poultry, and meat crepes can serve as appetizers, first courses, and entrées. Filled with seasonal fruit, souffles, sauces, sorbets, or ice cream, they become sumptuous desserts.

Crepes are ideal to make ahead, refrigerate or freeze and fill later for a party or informal gathering. They are easy, dramatic, and fun to serve. They can be prepared early on the day of the party or let guests spoon on their own fillings.

Cooking Instructions for the Crepes:

1. Whisk together the flour and salt in a medium-sized bowl.

3. Whisk in the eggs and melted butter until blended.

4. Strain the batter through a sieve into another medium-sized bowl. Cover with plastic wrap and refrigerate for at least 2 hours to give the batter time to rest.

6. Ladle about 1/4 cup of the batter into the skillet and tilt the pan in all directions to evenly coat the bottom. 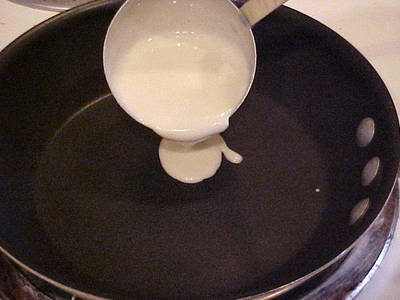 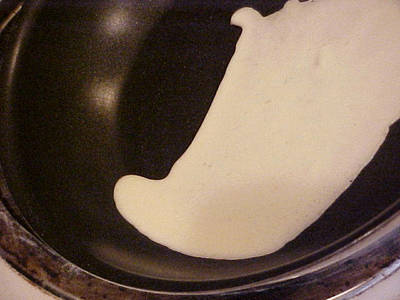 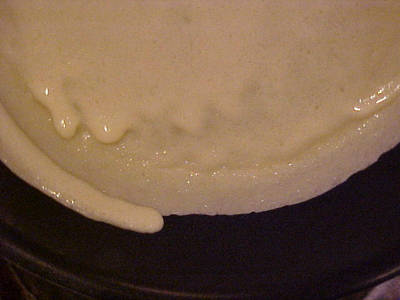 7. Cook the crepes for about 30 seconds or until the bottom is lightly brown. Loosen the edges with a spatula and flip the crepe over. 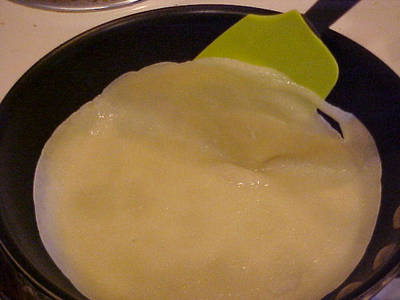 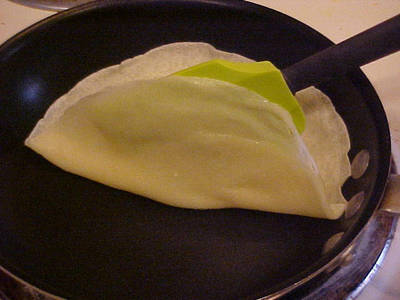 8. Cook the underside for 10 to 15 seconds or until it is set, dry and browned in spots. 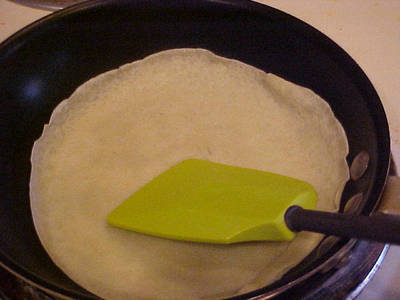 9. Slide the crepe onto a flat plate and cover with a piece of wax paper. 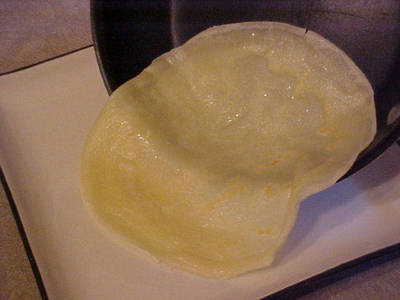 10. Repeat with the remaining batter, brushing the pan with more oil as needed, and stacking the crepes between wax paper. The crepes may be made up to 3 days ahead. Cover with plastic wrap and refrigerate. Bring to room temperature before using. 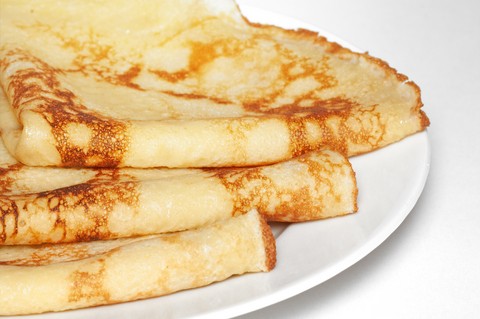 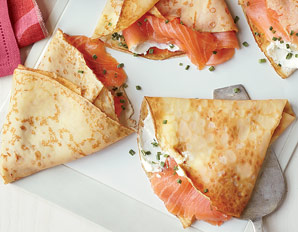 In a bowl blend the cream cheese, lemon zest, shallot, capers, dill and salt and season with pepper.

In a medium bowl, toss the spinach with the olive oil and balsamic vinegar and add in the tomatoes. Season with salt and pepper. Serve on the side of the salmon crepes.

Heat the oil in a large skillet. Add the mushrooms all at once and cook, stirring, over medium-high heat until they begin to brown. About 10 minutes.

Reduce heat to medium and stir in the spinach. Cover & cook until just wilted, about 2 minutes.

Spoon mixture down the center of each crepe. Roll up crepes and arrange side by side in a 13×9 baking dish. Sprinkle with mozzarella cheese.

Cover pan with foil and heat until cheese melts, about 15 minutes. 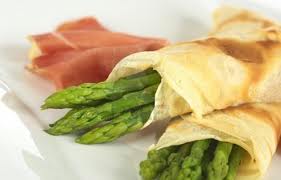 Toss asparagus with olive oil to coat thoroughly. Arrange in a single layer in a shallow baking pan; roast for 10 minutes. Remove and let the spears cool.

In a medium saucepan, saute the onion in butter until tender. Add the garlic and chopped red bell pepper and saute for 1 minute longer. Stir in flour until blended. Gradually add the milk, stirring constantly. Add 1/2 teaspoon salt, the pepper, parsley, and the shredded Parmesan cheese. Continue cooking, stirring, until thickened.

Place a crepe on a plate. Arrange ham and 3 to 4 spears of asparagus on the center of the crepe. Spoon about 2 tablespoons of sauce over the ham and asparagus; roll up or fold as desired. Arrange in the prepared baking dish; pour remaining sauce over the filled crepes. Sprinkle with more shredded Parmesan cheese. Bake until hot and bubbly. Serve with tossed salad. 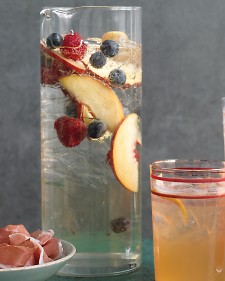 Bring the water to a boil.

Dissolve the sugar into the boiling water, stirring constantly.

Once the sugar is dissolved completely, remove the pan from the heat. (Note: Do not allow the syrup to boil for too long or the syrup will be too thick.)

Allow to cool completely and thicken, then bottle.

Bring sugar and 1/2 cup water to a boil in a saucepan, stirring to dissolve sugar. Stir in dried lavender. Remove from heat. Let cool completely. Strain out lavender. Refrigerate syrup until ready to serve (up to 1 month).

Pour about 6 ounces Champagne and 1 1/2 teaspoons syrup into each flute. Garnish each with a lavender sprig. 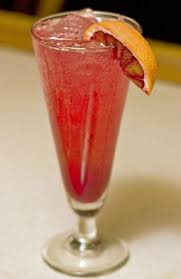 Pour 3 tablespoons juice in each champagne flute. Fill flutes with champagne, and serve. 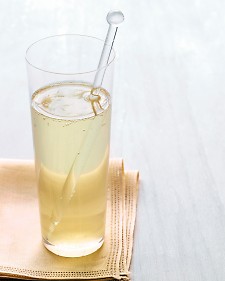 Set a fine-mesh sieve over a small bowl; set aside. In a small saucepan, boil ginger, sugar, and 1/4 cup water until syrupy, about 2 minutes. Pour through sieve into bowl, discarding solids. (To store syrup, refrigerate in an airtight container, up to 1 week.)

Pour 1 tablespoon syrup into each of 8 tall glasses. Top with sparkling wine, and gently stir.

Do You know the lyrics?

Print it off for your guests. 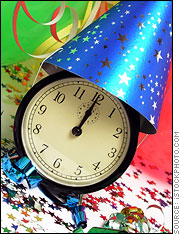 For auld lang syne, my dear,

We’ll tak a cup of kindness yet,

And surely ye’ll be your pint-stowp,

And surely I’ll be mine,

And we’ll tak a cup o kindness yet,

We twa hae run about the braes,

And pou’d the gowans fine,

We twa hae paidl’d in the burn,

But seas between us braid hae roar’d

And there’s a hand my trusty fiere,

And gie’s a hand o thine,