What Can I Do With A Box Of Spaghetti ? 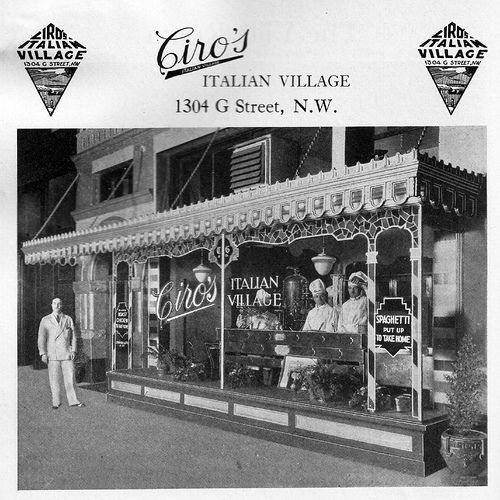 In the early 1900’s the Italian Immigrants who came to America lacked a common language and a common interpretation of “Italian cuisine.”  In Italy they had  been sharecroppers and tenant farmers and had become accustomed to living on the foods they grew on their land. While there was no single style of cooking that typified the newly-arrived Italian, one foodstuff that all Italian immigrants had in common was pasta made from soft wheat flour, water, and salt. At the time, semolina pasta made with durum wheat (as we know it today), was a staple for only the Italian upper classes, however, that would change once the newcomers found housing and steady incomes in America.

As they began to form communities in America, the Calabrese settled with other Calabrese; Sicilians with other Sicilians, etc. They cooked the dishes they remembered from Italy, whenever possible, with ingredients close to those they knew from home. These Italian neighborhoods became the ‘Little Italy’ communities in the major cities of the United States. Among the better known are the North End in Boston, North Beach in San Francisco, The Hill in St. Louis, the Bella Vista neighborhood in Philadelphia, Federal Hill in Providence, and the Little Italy quarters of Chicago, Baltimore, and New York.

Commercial pasta production—on a mom-and-pop level—began with the first waves of immigrants. Many set up shops, some in the front parlors of their apartments, to sell their homemade products to neighbors.

Although many worked as laborers and longshoremen, Italians found that even with a $10.00 weekly wage, one could enjoy the semolina pasta and salume (cured meats) they had been unable to afford back home. Tenement living may have been crowded and unpleasant, but semolina pasta—even simply dressed with olive oil, garlic, and red pepper flakes—gave them a sense of liberation from the oppressive poverty they had known in Italy.  (Source: Almost Italian: A Cookbook & History of Italian Food in America by Skip Lombardi and Holly Chase.)

Following the First World War, pasta was an inexpensive choice at a time when food prices were rising in America. Recipes for spaghetti and tomato sauce started turning up in women’s magazines. American millers found a new use for flour, the consumption of which had decreased as the population moved to cities and began eating  more varied diets, which were not based on bread. The millers sponsored “eat more wheat” campaigns in the early 1920s and promoted macaroni. Pasta makers began using durum wheat, which they advertised as being higher in protein than soft wheat (it is, but not by much). Campbell’s, Heinz and other manufacturers brought out canned macaroni with tomato sauce, joining Franco-American, which in the 1890s had begun to sell canned spaghetti, stressing that it used a French recipe. Cooking pasta long enough to can it safely, institutionalized what was already a long-established practice, one for which Italians still deride Americans—over cooking pasta.

It became acceptable and fashionable  to promote Italian food, even if the pasta was mush and the tomato sauce was full of sugar and salt. One typical recipe for tomato sauce omitted garlic and consisted of canned tomato soup with Worcestershire sauce added. In 1927 Kraft began marketing grated “Parmesan” cheese in a cardboard container with a perforated top and suggested that the cheese be served as a topping for spaghetti with tomato sauce. Spaghetti sales outnumbered those of egg noodles and ran a strong second in popularity to elbow macaroni, called simply macaroni, which was already conventional in salads.

The promotional efforts worked and annual per capita consumption of pasta went from near zero in 1920 to 3¾  pounds by the end of the decade (as compared with fifty pounds in Italy). Restaurants accounted for much of this rise. Cafeterias, which became extremely popular in the twenties, served a great deal of spaghetti and tomato sauce. Italians all over the country opened “spaghetti houses” that served spaghetti and meatballs (purely an Italian American creation) to blue-collar workers. By the end of the twenties Italian restaurants had become the most popular ethnic restaurants in American cities, a lead they now hold nationwide. The Depression made spaghetti less an option than a necessity, and spaghetti and meatballs began appearing regularly on millions of American tables. ( Source: July 1986 ATLANTIC MAGAZINE)

In the mood for some real Italian spaghetti, try these recipes:

Directions:
1. Preheat broiler.
2. Arrange sausage on a small baking sheet. Broil sausage 5 minutes on each side. Remove pan from oven (do not turn broiler off). Cut sausage into 1/4-inch-thick slices. Arrange slices in a single layer on the baking sheet. Broil sausage slices 2 minutes on each side or until browned.
3. Cook pasta according to package directions; drain.
4. Heat olive oil in a large nonstick skillet over medium-high heat. Add crushed red pepper and minced garlic; sauté 1 minute. Stir in tomatoes, sugar, and salt; cook 4 minutes or until slightly thick. Add sausage and cooked pasta to pan; toss well. Top with fresh basil and Parmigiano-Reggiano.

1. Make the pesto if using homemade.
2. Trim the chicken breasts. If very thick, slice in half lengthwise to create two thin cutlets. Dredge the chicken in the flour.
3. In a large saute pan, heat the olive oil and butter over medium high heat until melted.  Add in the chicken and sauté until browned on each side and almost cooked through – about 3 – 5 minutes per side. (Do not move them until you are ready to turn them – let them caramelize.) Place chicken on a plate and set aside.
4. Add the white wine to the pan and simmer for a few minutes to deglaze. Lower the heat. Add in the stock and simmer for a few minutes.  Taste and add salt and pepper to taste. Return the chicken and any juices to the pan and allow to simmer until cooked through.
5. Meanwhile, bring salted water to boil in a large pasta pot.  Add pasta and cook according to package directions until ‘al dente’. Reserve 1 cup of the pasta water and drain pasta.
6. Return pasta to the pot in which it was cooked.  Remove chicken from the sauté pan to a plate. Pour the sauce from the sautéed chicken over the pasta.  Reserve 1/4 cup of the pesto and add the remaining to the pasta.  Stir to incorporate. If dry, add in as much pasta water as needed.
7. Arrange the pasta on a warmed serving plate.  Arrange the chicken over the pasta and top with the reserved pesto.

Spaghetti with Shrimp, Scallops, and Clams

1.  Heat the oil in a large pan over medium heat and sweat the garlic and chili for a few minutes until soft. Add the wine to the pan. Tap the clams on the work surface and discard any that do not close.  Add the clams and scallops to the pan and continue to sweat, taking care that the garlic and chili do not burn. As soon as the clams open (discard any that do not), remove the clams and scallops to a plate and set aside. Add the shrimp to the same pan and saute over medium-high heat for a few minutes until they turn lightly pink. Return the clams and scallops to the pan.  Season with salt and a little black pepper, and toss briefly to heat through.
2.  Meanwhile, cook the spaghetti in a large pan of salted boiling water until al dente. Drain and add to the sauce with a tiny amount of the cooking water (just enough to keep the pasta moist). Stir well, transfer to a large serving bowl or individual pasta bowls, and sprinkle with lots of chopped parsley.

Note
How to clean clams:
Scrub the clams well under cold running water to wash away any grit. Put the clams in a large bowl of salted water making sure they are well covered with water (but do not cover the bowl). Soak in the refrigerator for a couple of hours or even overnight – any grit or sand will be left behind in the bottom of the bowl when you remove the clams. Pick out the clams by hand and rinse in plenty of fresh cold water.

Melt the butter over medium heat in a large skillet. Add the garlic and as soon as it starts to sizzle, add the artichokes and lemon juice. Add 1/4 cup water, cover the pan, and cook for 5 minutes, or until the artichokes are tender.

Cook the spaghetti according to the package directions until al dente.

Meanwhile, whisk the ricotta, lemon zest and 2 tablespoons of hot pasta water together in a large pasta bowl until creamy. Season with salt and pepper to taste. Stir in the parsley.

Reserve about 1/2 cup pasta water and drain the pasta. Add it to the pasta bowl with the ricotta and toss to coat the pasta. If necessary, add a little hot pasta water to attain a creamy consistency. Add the artichokes and toss again. Serve immediately with generous amounts of grated Parmesan.

Meanwhile, cook pasta according to package directions. Drain pasta. Return to pan and toss with asparagus mixture, half and half and basil.

Note: The butter is used in this recipe to bind the sauce. Margarine might not be an effective substitute.