What To Do With Summer Squash 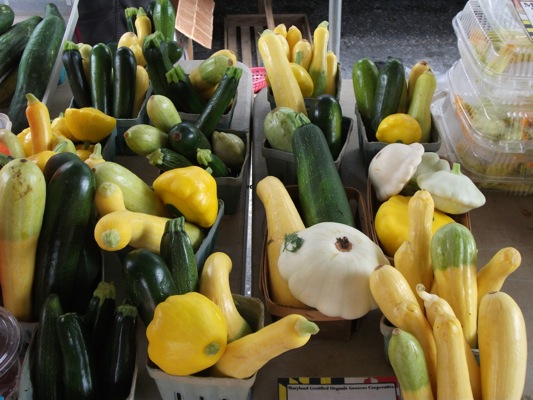 When European explorers came to the America’s, squash was one of the 3 major foods the native Indians used, along with beans and corn. Europeans had never seen them before, so they thought they were melons. Squash seeds have been found in Archeological digs in Mexico that date back to between 9000 and 4000 B.C.  Columbus brought squash seeds back to Europe following his explorations in the Americas.

Zucchini comes from the Italian Zucca that means squash. Though squashes didn’t originate in Italy, it is believed that the Italian name was adopted because the Italians are credited with developing this food. The zucchini as we know it wasn’t used in this form until the late 1800’s in Italy, probably near Milan, because many of the early varieties are named after nearby Italian cities.

Yellow squash belongs to the summer squash family along with the zucchini and scallop squash. Its pale yellow fruit is prized in a variety of dishes from stir-fries to roast vegetable recipes. It produces heavily throughout the summer months, with each plant turning out several squashes a week at the peak of production. Harvesting the yellow squash at its pinnacle of ripeness ensures it is tender yet flavorful, as overly ripe squash is tough and unappetizing. 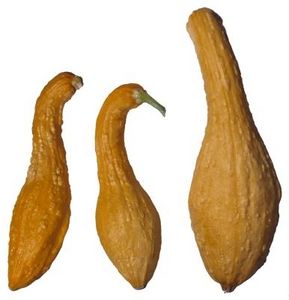 Crookneck squash are typically yellow with bent or “crooked” necks. They are not as popular as zucchini and straightneck squash because they are not as easy to package and ship. Breakage can occur at the neck during harvest and transportation. Examples of crookneck squash include Destiny II, Dixie, Gentry, Medallion, Meigs, Prelude II and Supersett.

When selecting patty pan squash at the market, look for squash that are regularly shaped, without bruises or nicks. Steer clear of any with discolored areas or moldy spots. If you’d like to steam or roast the patty pans whole, choose smaller squash, as they’ll cook more quickly and thoroughly. However you decide to prepare them, a pound of squash should serve nicely as a side dish for two or three people. 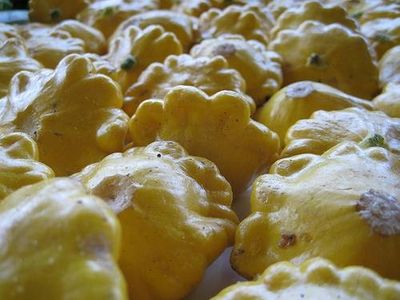 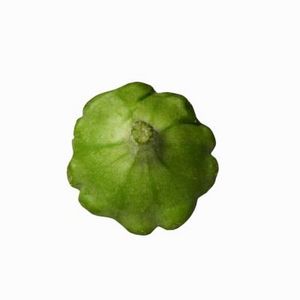 What to Look For: Look for summer squash that are firm and heavy for their size; the skin should be brightly colored and blemish-free. Because they are harvested earlier, smaller squash are more tender than larger ones and have thinner skins; choose squash that are less than eight inches long.

How to Store: Refrigerate in a plastic bag for up to four days; do not wash until ready to use. 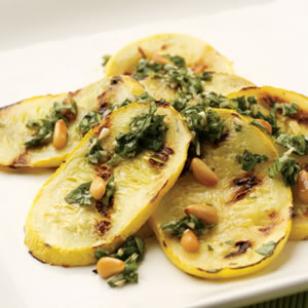 Tip: To toast pine nuts, place in a small dry skillet and cook over medium-low heat, stirring constantly, until fragrant and lightly browned, 2 to 4 minutes. 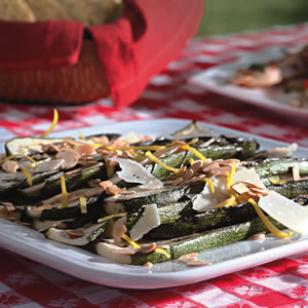 Make Ahead: Prepare through Step 4, cover and refrigerate the zucchini, lemon peel and dressing for up to 1 day. Bring to room temperature before serving.

Tips: Use a vegetable peeler to shave thin curls or slivers off a block of hard cheese like Parmigiano-Reggiano. To oil a grill rack, oil a folded paper towel, hold it with tongs and rub it over the rack. (Do not use cooking spray on a hot grill.) 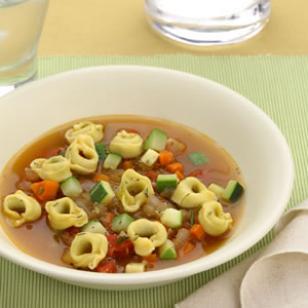 Serve this soup with a slice of multigrain baguette and a spinach salad.
6 servings, about 1 1/2 cups each 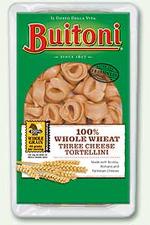 Heat oil in a Dutch oven over medium heat. Add carrots and onion; stir, cover and cook, stirring occasionally, until the onion is soft and just beginning to brown, 6 to 7 minutes. Stir in garlic and rosemary and cook, stirring often, until fragrant, about 1 minute.

Stir in broth and zucchini; bring to a boil. Reduce heat to a simmer and cook, stirring occasionally, until the zucchini is beginning to soften, about 3 minutes. Add tortellini and tomatoes and simmer until the tortellini are plump and the tomatoes are beginning to break down, 6 to 10 minutes. Stir vinegar into the hot soup just before serving. 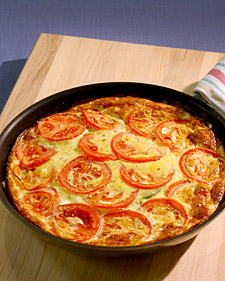 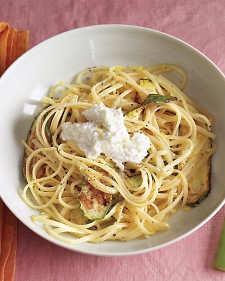 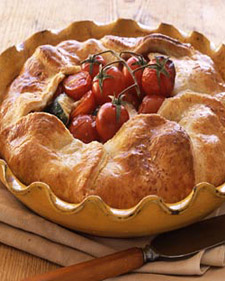 Makes enough for 2 pies. Remember to roll this out thinly so that it doesn’t become too bready.

Directions:
Dissolve the yeast in the water, add the sugar, and allow to sit until the mixture is creamy, about five minutes in large bowl of mixer. Beat in the egg and the olive oil using the paddle attachment. Combine the flours and salt, and stir into the yeast mixture.
Switch to the dough hook and knead the dough until it comes away from the sides of the bowl. Knead for a few more times, just until the dough is smooth-do not overwork it.
Place in a lightly oiled bowl, cover the dough tightly with plastic wrap, and allow to rise in a draft-free spot until doubled in size, about one hour.
Turn the dough out onto a lightly floured surface, gently knead a couple of times, and cut into two equal pieces. Shape each piece into a ball without kneading it. Cover the dough loosely with plastic wrap, and let rest for five minutes. Then roll out into thin rounds, as directed in the recipe above.
If not using the second piece of dough right away, freeze the dough for another time. 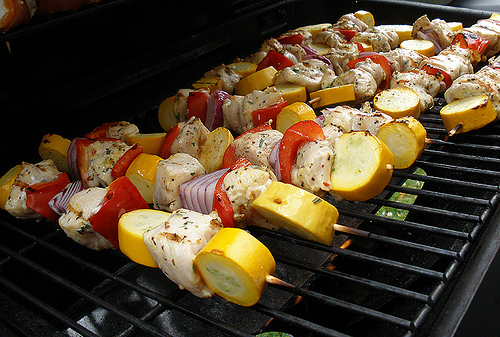